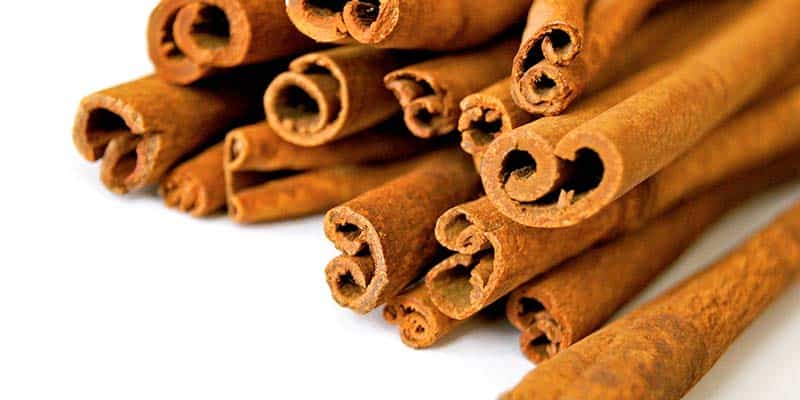 Now the cold weather’s set in, I’ve been really getting into my cinnamon tea and putting cinnamon in just about everything I cook.

More than just a fragrant festive spice, this ancient herb really packs a punch where medicinal properties are concerned, and it’s gentle warming, drying qualities are perfect for this time of year when it’s both cold and damp.

Cinnamon for digestive ‘fire’
In Ayurvedic or traditional Indian medicine, the warming, carminative qualities of cinnamon are used to rekindle the digestive fire in people who have become too ‘cold’ and suffer from sluggish digestion.

In Western terms, this is thought of as ‘low stomach acid’, and may manifest as heartburn, indigestion and loose stools, or iron deficiency anaemia due to the improper absorption of iron in the stomach.

Low stomach acid is very common in older people, or those who are anxious, have experienced trauma or are simply going through stressful times.

Cinnamon is a great choice here to warm the body, stimulate the appetite, promote the secretion of digestive juices and increase absorption of nutrients, enabling proper nourishment and recovery, both physically and mentally.

Ceylon vs Cassia cinnamon
Western herbalists use the South Indian and Sri Lankan variety, Cinnamomum zeylanicum or Ceylon cinnamon, over the Chinese variety Cinnamomum cassia, which contains higher levels of coumarin and is potentially toxic in large amounts.

However, in China, Cassia cinnamon is used freely as medicine and is included in a well-known formula for treating uterine fibroids and adenomyosis along with Paeonia lactiflora, Paeonia suffruticosa, Poria cocos and Prunus persica.

Both these conditions are associated with excess oestrogen levels, which lead to heavy bleeding – cinnamon is useful here for its astringent (drying) action on the womb, as well as its traditional Chinese indication for “stagnant blood”, a group of symptoms including pain, dark clotted menstrual bleeding and immobile masses (1).

Ceylon cinnamon is softer and sweeter in taste, but it boasts similar astringent properties as well as potent antimicrobial compounds.

Cinnamon for infections
Due to its antibacterial and antifungal qualities, I often use cinnamon in my practice as part of a bowel flora protocol to help rebalance the gut microbiome, especially where there is fungal overgrowth. I give it as a tincture (alcohol extract) or as part of a powder mix in capsule form.

In Ayurvedic & Chinese traditions, it is also widely used as a warming expectorant for coughs and colds, along with other festive spices like ginger and clove to relieve congestion and stimulate blood circulation, kicking the immune system into gear.

This, along with its blood sugar regulating effects, may help to boost brain health and mental cognition, through optimising the brain’s use of glucose and protecting brain tissue from damage.

A review of 10 randomized controlled trials (RCTs) in 2013 found that 120mg – 6g/day of cinnamon, taken for about four months, produced a statistically significant decrease in fasting glucose and an improved lipid profile.

While there have been some conflicting results from small trials, cinnamon is generally accepted to be an insulin-sensitising herb, and its potential as a treatment for type 2 diabetes is currently being researched.