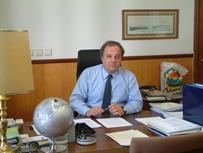 FOREIGN RESIDENTS benefit the region and help to maintain Portugal’s culture and keep traditions alive as well as contributing to the region’s development, said the President of the regional development commission (CCDR) João Faria, during an exclusive interview with The Resident.

According to João Faria, the continuing influx of foreign residents and visitors has not caused the Algarve to lose its cultural identity.

“If anything, the majority of foreign residents and visitors are keen to explore our culture and revive it by renovating traditional houses and taking part in cultural events,” he said. “Much of the  local population do not take part in more traditional activities because they associate them with poverty.”

When first set up in 1980, the CCR, as it was known at the time, managed EU funds in the region prior to Portugal’s entry into the European Union in 1986.

Initially, funds were used to address serious needs in the region, such as improving roads, public transport and urban redevelopment, which according to João Faria were generally very successful.

“The region was also able to resolve serious environmental problems such as water quality and supply,” said João Faria. “In those days, much of the Algarve only had around three or four hours of water per day.”

Problems concerning sewage and solid waste disposal were also addressed by the funds, “with the region now having some of the best conditions in the country” he added.

In the 60s, it was realised that tourism was a key industry for the Algarve to explore, because traditional industries, such as cork production and tinning factories were in crisis.

“We understood that these industries had reached their peak and would never fully recover their maximum levels of production,” said João Faria.

Nowadays, the CCDR is helping to revive the traditional production of modern cork products and sea salt, which are being marketed abroad.

For many years though, people lamented the fact that the region’s main industry was tourism and the popular view was that it was a necessary evil.

“That view has passed and now people realise that the region would not be as developed and rich without it,” said João Faria.

This industry however, has added to the negative effect of human desertification in the countryside areas, which the CCDR is currently attempting to combat with local projects and by renovating 10 traditional villages, such as Cacela Velha, considered by João Faria to be one of the most beautiful places in the region.

“Desertification is not inevitable, but we cannot think that the population will return to what it once was in those areas,” he said. “People moved towards the coast to more densely populated areas for a better life.”

João Faria believes that the Algarve’s countryside has many attractions, including tranquillity as well as its proximity to the more developed coast.

“It can be an ideal place to live, we are very lucky to have the countryside only 30km from the coast and many foreigners choose to live in the hills where they work mostly from home,” he said.

The Algarve’s resources, such as its agreeable climate, safety, proximity to an international airport, extensive golf courses and the fact that it is still considered relatively cheap are all reasons for foreign businesses to be very interested in investing in the region, according to João Faria.

As well as tourism, the CCDR has recently been funding the construction and renovation of amenities across the region, which benefit both visitors and the resident population.

“We have invested a lot in education, including the University of the Algarve, which is already seeing interesting results in marine biology and biotechnology” he said, adding: “new public libraries have been built, giving people access to modern multimedia technology as well as municipal markets, such as in Loulé and Portimão, providing small producers with  outlets for their produce.”

Originally from Lisbon, João Faria took a degree in economics followed by a Masters in regional and urban planning at the Universidade Técnica de Lisboa, which after several stints in Brussels, led to his current position.

Nowadays, being President of the CCDR does not leave him with much free time to enjoy his sporting passions of gliding and canoeing.