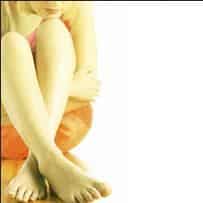 TUCKED AWAY around an inner courtyard near Lisbon’s Hotel Metropole is a group of buildings that is the headquarters of the HIV/Aids charity Abraço.

From this nerve centre, the charity, which was founded in 1998, runs a number of projects and services, from counselling and psychology to social services, a crèche, a refectory turning out 80 meals a day, a laundry and bathing facilities, a dental surgery – the only dedicated one of its kind to treat HIV sufferers in Europe – and a 24 hour hot line for the public.

(70 per cent) representing around 350 families, both those infected and those affected by the disease,” said Cândida Alves, one of the coordinators and counsellors working at the charity.

“Sometimes it’s just a friendly shoulder to cry on, an understanding ear, someone to talk to, and we’re here to give emotional support and practical information,” she said.

“Many people with this illness suffer from low self esteem, some lose their jobs, suffer discrimination in the workplace, others lose their partners or their families turn their backs on them, and that’s where counselling and even psychologists come in.”

The majority of the men and women that regularly use the Abraço services, around 60 per cent, are drug addicts that became infected after sharing needles.

“Some of these people are homeless and are also cared for by the Santa Casa da Misericórdia charity, but that doesn’t have the specialist expertise in dealing with the social, emotional, legal, financial and psychological effects of this illness,” said Cândida Alves, who points out that Abraço also runs a needle exchange service.

Another group that regularly turns up at Abraço are sex workers who often need boxes of condoms at a time. “They go to hospitals or clinics and are given maybe five or six at a time, which is useless considering many sex workers have as many as 10 or 15 clients a day,” she said.

“These women don’t become prostitutes out of choice, many are trapped in organised gangs and mafias, controlled by threatening and abusive pimps, or have no job or prospects but hungry mouths to feed.”

Part of the problem in Portugal, which has one of the highest HIV infection rates in Europe, is that people think that only drug addicts, prostitutes and gays suffer from this disease.

“That’s rubbish. We’re getting less and less newly diagnosed cases in these groups and more among other demographic groups such as married and single women and married men,” said Cândida Alves, adding that every month there are 20 new registered cases but that the figure is probably three times that number.

For Cândida Alves people have to take responsibility, have to be more open and talk about the issues involved. Running a busy HIV/Aids charity like Abraço isn’t easy, and it’s a constant battle getting funding from the government and other sources.

This condition isn’t cheap to treat, with each HIV patient costing the government around 800 euros a month because the drugs that control the replication of the virus are so expensive.

The drugs used to treat HIV have terribly toxic side effects, one of which for long-term users is renal insufficiency leading many patients requiring dialysis on a twice weekly basis.

This, in turn, means that some HIV sufferers are forced to stop working and receive a minimum government social security handout of 180 euros a month which is impossible to live on, so the hot meal and laundry services it provides are vital.

According to Abraço, funds are not always evenly distributed and its services for hot meals and laundry were denied any official government funding and so the support comes almost entirely from charities and private sources.

Sometimes government funding is not distributed at all and is consistently late so the staff and volunteers pay for essential services out of their own pockets.

Another side effect of toxic HIV treatment is muscle wastage and unsightly fat deposits around the stomach and chest known as lipodystrophy.

“People’s faces get really emaciated and injections which can fill out the face cost 500 euros a throw and, of course, there’s no funding for that,” said Candida Alves.

The main problem faced by HIV sufferers is that on diagnosis they often feel that they don’t have a future.

“We have all sorts of people coming to us with severe depression, a crushing lack of self confidence, haunted by fears,” she said.

Sufferers often can’t sleep, suffer from anxiety and panic attacks and other stress-related disorders and that’s even before discussing stigma and discrimination.

That’s where positive steps in counselling, psychotherapy and self-help groups come in to help people to live and cope better with HIV and understand that they can often lead productive, useful and relatively normal lives.

“Many HIV sufferers live alone and need home help, they are excluded from dental treatment, and at doctors and hospital surgeries they are always at the end of the queue,” said Cândida Alves.

Public attitudes are slow to change in Portugal. Every December 1, World AIDS Day, Abraço volunteers take to the streets and shopping centres to raise money from selling pins and badges and other awareness items.

“We hardly sell anything at all because people just don’t want to know, the stigma is still very great here.”

To read more about Abraço, please visit www.abraco.org.pt (in Portuguese only).