Portugal Resident
Home Algarve News Helicopters and “luxury boat” to use 70.6 tons of fuel per day... 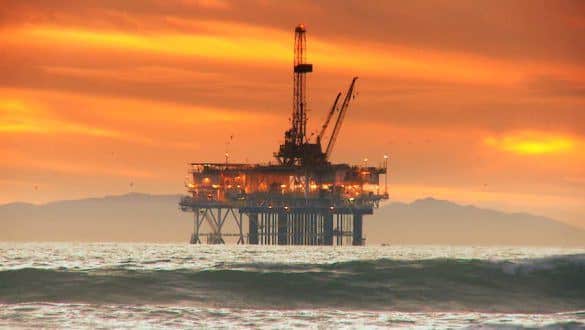 The reality of operations underway to start drilling for oil and/ or gas off the Aljezur coast has been rolled out today in the country’s best-selling tabloid.

Correio da Manhã carries a centre-page spread on all the logistics, stressing that the “probability of finding oil is below 20%”.

The probability of finding natural gas however is not given. It is thought to be a great deal higher than 20% and the reason for companies GALP and ENI forging ahead despite massive opposition from local communities.

For now, public consultation that will determine whether or not an environmental impact assessment is even considered necessary is still ongoing, ending in just over two weeks’ time.

Depending on the decision which rests with environmental agency APA, the date for drilling will then be set.

This first stage will take “almost five months” though “interventions at sea” will last only 46 days.

The extra time, either side of the 46 days, is for “preparatory work and demobilisation”.

Says CM, the luxurious Saipem 1200 drilling ship that can take up to 200 people will command a 1.8 km perimeter into which no boats will be allowed.

An liaison officer “who speaks Portuguese and English” will be on board to “alert ships approaching that they are in a prohibited area”.

Among drilling personnel onboard will be two certified marine mammal observers whose job it will be to “register whale, dolphin and turtle sightings” and “avoid collisions”, particularly with whales.

The ship will be moving at what CM calls “moderate speeds” and exercise manoeuvres slowly, in order to try and keep marine life safe.

Saipem 1200 will be supported by two other boats carrying food and fuel from Sines (two trips a week) as well as helicopters that will be involved in up to 10 journeys per week.

CM does concede that environmental groups are still working flat out to try and stop Portugal’s attempt to become a fossil fuel producing nation just as the world embraces renewables, but success in this regard is beginning to look less and less likely.

Indeed, prime minister Costa appears not even to have acknowledged the last call for an urgent meeting sounded by Algarve mayors (click here).

Association Zero is nonetheless still exhorting people to vote in the “Fossil Fuel Subsidies Awards”, while a new mega-demo has been planned for Lisbon on Saturday April 14 (click here).