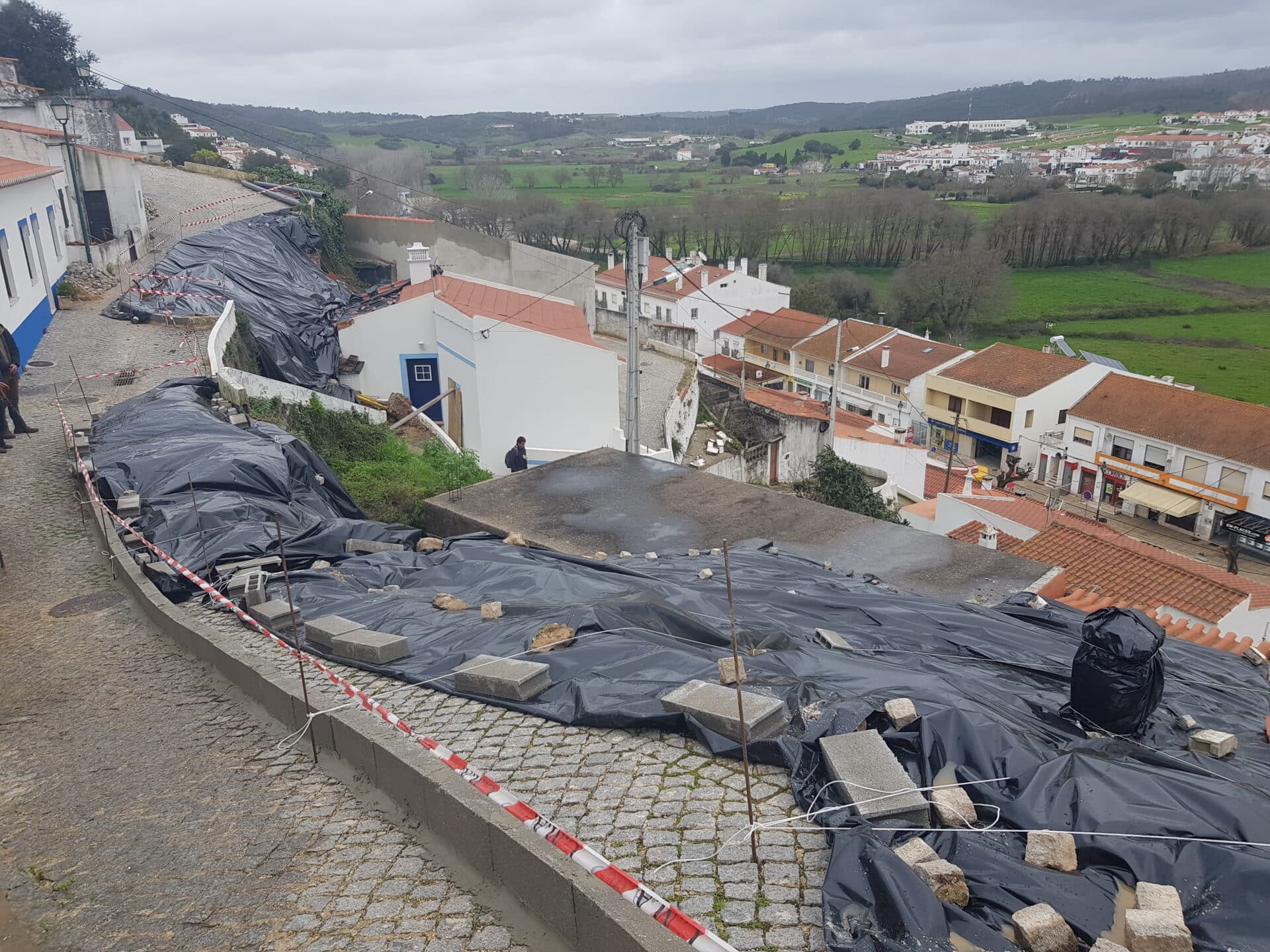 With dams everywhere at last filling up thanks to unusually heavy rain, there has been localised flooding in various low-lying areas of the Algarve – Faro particularly, where a combination of the rains and the high tide caused a number of problems yesterday, particularly to shops and commercial premises.

In Aljezur – a town not usually bothered by rains – part of a road in the historic centre collapsed yesterday on top of houses below, seeing residents decamping for fear of further damage.

For the time being, council workers have covered the area in black plastic – and built a form of makeshift barrier. But locals are ‘not impressed’.

“We feel unsafe”, said one. “We have no idea if the road will collapse further as things become wetter. Black plastic isn’t going to help us if it does”.

Floods are being reported in a number of other areas, particularly around rivers.

Damages have been particularly bad for properties with basements and underground garages.

Further north, the Douro flood prevention centre has been on yellow alert since yesterday, with populations warned to ‘adopt preventative measures’.

Wet weather is set to continue until at least Tuesday next week.