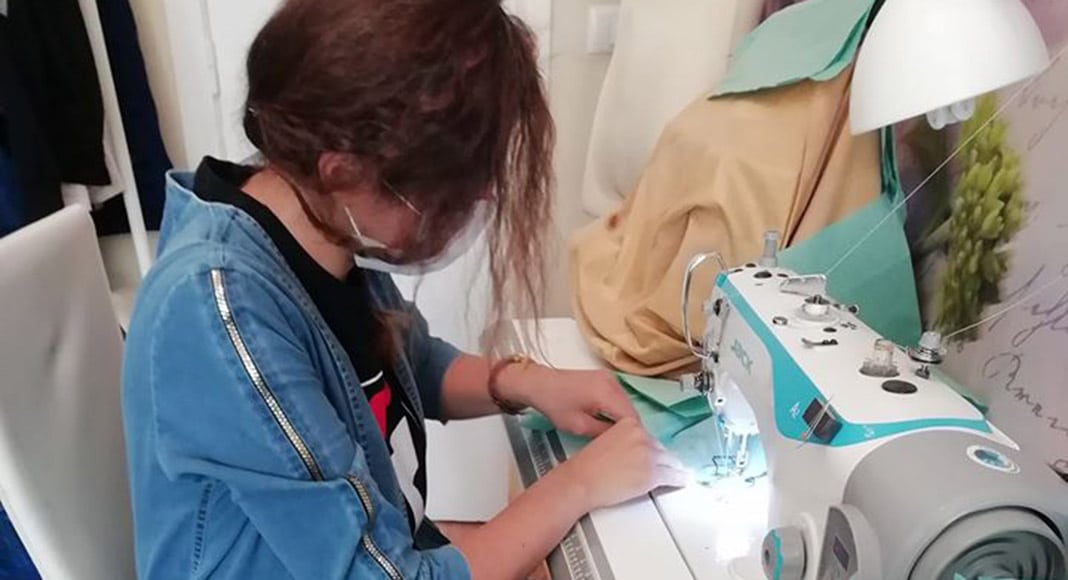 Wherever one looks in the landscape transformed by the new coronavirus, there are stories of hope and heartwarming solidarity.

CNN highlights the rural farm in São Teotónio that is keeping on all its staff, and getting them to make pizzas for local workers, while online via.news has brought the uplifting story of an Iranian dressmaker who is producing PPE for healthworkers, even though he knows his business may not survive.

Ismail Boali’s atelier in Sacavém (Lisbon) was forced into closure under the State of Emergency and for a week the young designer stayed home, catching up with work and complying with all the rules.

Then, he tells via.news, he felt compelled to ‘give back’ to the area that had welcomed his little business in the first place.

“I decided to join people who were doing everything at their disposal to improve the situation. It felt like a war, and I wanted to contribute as much as I could through what I do best.”

Publicising online that his atelier would provide services where needed, he soon received an order for face masks from the ‘Iranian in Portugal’ association. This led him to continuing production locally, and then came the request from the city’s Dona Estefania children’s hospital for single-use scrubs.

This was an enormous challenge, as Boali simply couldn’t provide the quantities needed without taking on new ‘staff’ (none of which of course would be paid…)

Again, social media came to the rescue, and he now has an Iranian student called Neda helping him, as well as a Portuguese lady named Olga.

What’s the future? Boahli tells via.news his business “may be breathing his last breath” but he wants to expand the voluntary work, to include other hospitals and health centres.

Meanwhile, the rural farmhouse in São Teotónio making pizzas for local workers told CNN there is definitely light at the end of the tunnel for Portugal.

“We have already started receiving bookings for July and August”, said owner of Craveiral Farmhouse Pedro Franco Pinto. “We are quite optimistic”. And due to the property’s -hectares, there should be no issue over how to implement measures of social distancing (click here), he added.