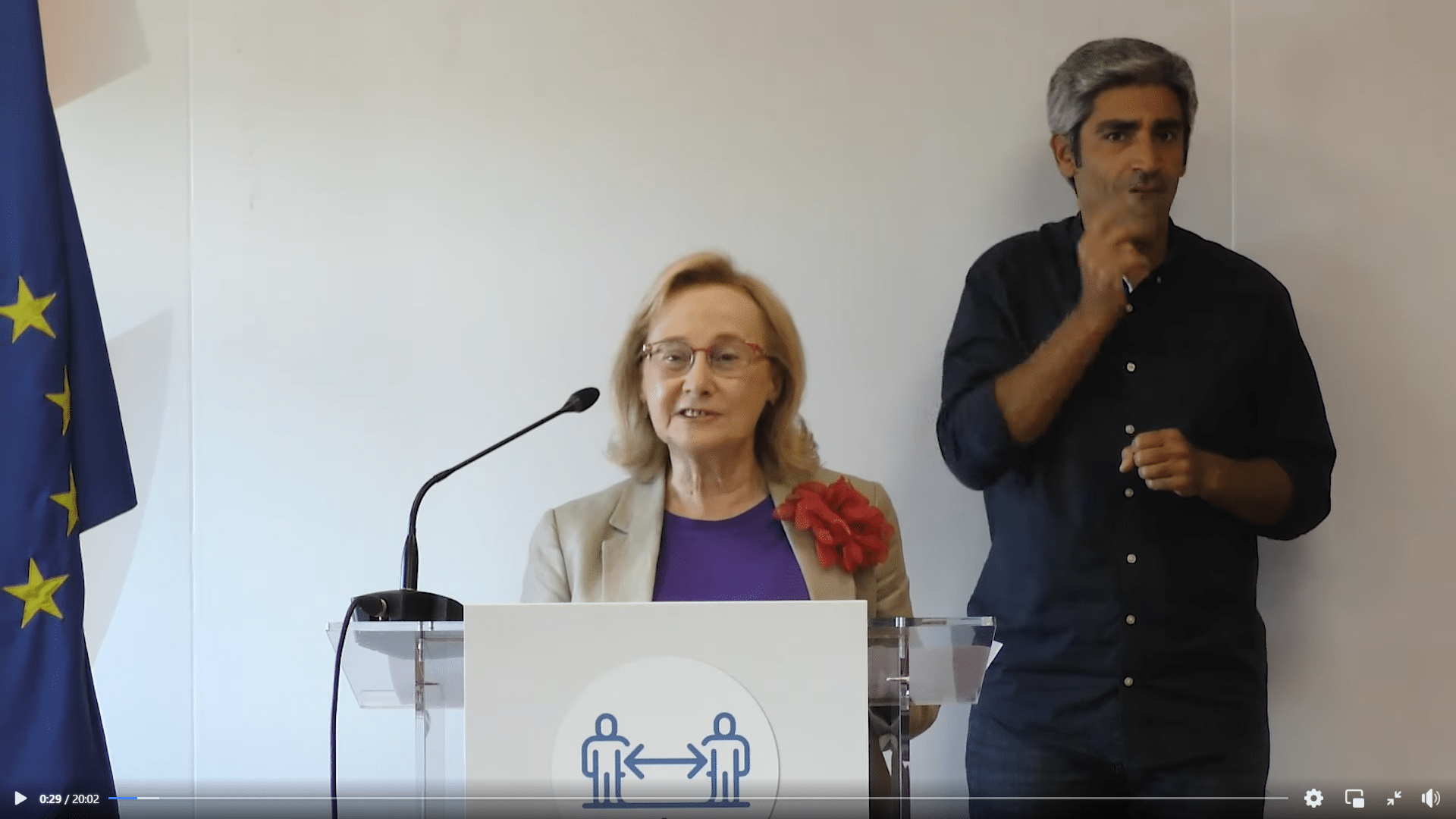 DGS health chiefs have finally ‘spoken’ on the hotly-contested subject of whether or not to authorise vaccinations against Covid-19 in healthy children from the ages of 12 upwards.

Madeira has already done so, and is already starting to vaccinate this age group. But as DGS director of health Graça Freitas has said, Madeira is an autonomous region and it has its own set of circumstances.

For now – until there is the data that experts concede is missing – authorities on the mainland have decided it is best to err on the side of caution, and simply vaccinate children with underlying conditions who would be particularly vulnerable if they contracted Covid-19.

This decision has been a long time coming, principally because it has acutely divided health experts.

Some believe the country cannot hope to reach a point of herd immunity without children and teenagers being inoculated; others warn that a vaccination policy in these age groups in other countries (most notably the United States and Israel) have thrown up ‘serious side-effects’ not suffered by adults, including numerous incidences of inflammation of the heart (both myocarditis and pericarditis).

Reports in the Portuguese press also explain that the experts who would like to see children and teenagers vaccinated fear that if they aren’t “more dangerous variants” could result.

This appears to have been countered by new research as reported yesterday by America’s CNN TV channel (click here) and the Washington Post (click here) which points to a phenomenon many have been trying to refute for months: the process of mass vaccination can itself power ‘more dangerous variants’.

As a result the Centre for Disease Prevention and Control (CDC) in America has already “altered its guidance on mask use”, explains CNN.

“The CDC said earlier this year that fully vaccinated people are very safe from infection and can take off their masks in most situations. Now, it says even fully vaccinated people can sometimes catch the virus and if they catch the Delta variant, they are just as likely to infect someone else as an unvaccinated person would be. It advised everyone in areas of high or sustained virus transmission to wear masks when around others”.

Another study experts in Portugal may not yet have caught up with is one reported in The Times today showing “Schools do not spread Covid” (click here).

But for the time being at least, parents who were seriously concerned that their children may have been impelled to take the vaccine are more relaxed (see below).

Graça Freitas stressed that many schoolchildren “already have immunity conferred by (natural) infection”, according to results of the second serologic study carried out by INSA (public health institute Dr Ricardo Jorge).

Germany, Sweden, Finland and the United Kingdom have all led with the policy that Portugal has decided to adopt: vaccinating only their most vulnerable children.

This approach gels with opinions coming out of Portugal’s General Medical Council, the Order of Nurses and in the wider sphere, the World Health Organisation.

France, the United States, Israel, Austria, Belgium and Switzerland have decided nonetheless to go their own way and vaccinate from the ages of 12 upwards no matter whether the children have underlying conditions or not.

As to the ‘comorbidities’ that will qualify children for vaccines in Portugal, Graça Freitas said that a list of chronic illnesses is being compiled to which medical assistants will be able to refer.

She stressed that while 12-15 year olds are not included for the time being in Portugal’s roll-out, it is “important” that those aged 16 and over take up the opportunity of the vaccine, as this is the age group with “the most infections”

Portugal’s vaccination task force coordinator Henrique Gouveia e Melo has also stressed that “all of us (in Portugal, and possibly everywhere else) will end up being vaccinated in one form or another: either naturally, by contracting the virus, or through the vaccine which is safe, stable and controllable.

“No-one will escape this virus”, warned the naval vice-admiral in charge of Portugal’s rollout. “It is very contagious and there is no way to hide from it”.

UPDATE: President of the Republic Marcelo Rebelo de Sousa has stressed that parents who nonetheless want to vaccinate their children (irrespetive of the current DGS guidance, are at complete liberty to do so).