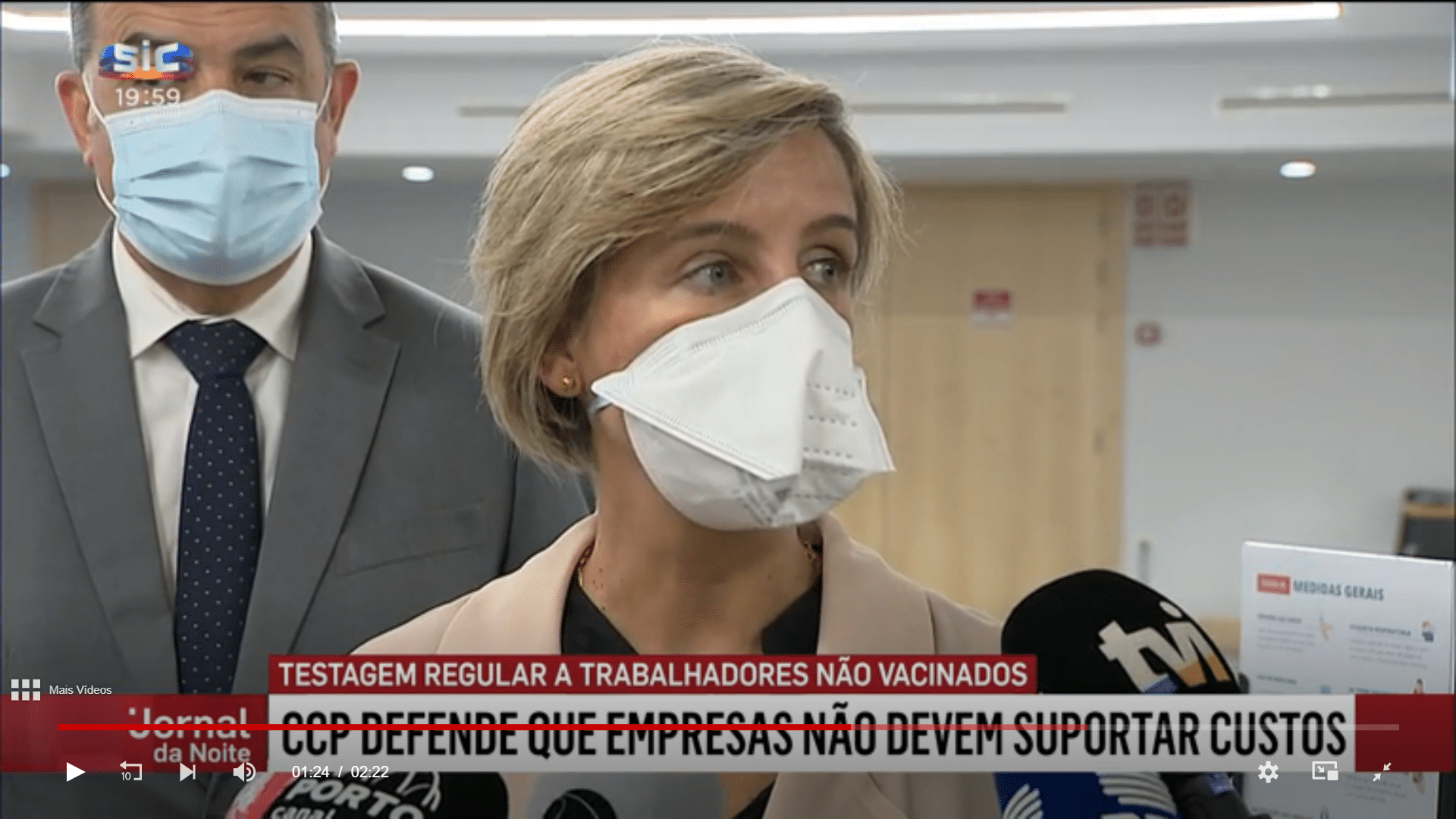 Health minister Marta Temido has admitted that non-vaccinated ‘workers’ could face obligatory testing for Covid-19, and different rules when it comes to prophylactic isolation.

Her remarks come in the context that employers confederations (both CIP and CCP) defend mandatory testing of non-vaccinated workers, to be paid for by the workers themselves.

A report by SIC television news says there are already ‘conflicts’ in certain workplaces where vaccinated employees are refusing to work alongside non-vaccinated colleagues.

Syndicates however totally reject the idea that non-vaccinated workers should support the costs of periodic obligatory testing (not least because current vaccines do not stop fully-vaccinated people from transmitting SARS-CoV-2).

Isabel Camarinha, secretary-general of the CCTP (confederation of Portuguese workers) explains that the Labour Code stipulates that businesses cannot demand tests or exams “except in situations allowed in legislation relating to health and safety at work”.

That said, the Labour Code does allow for businesses to demand tests and/ or exams “when their purpose is the protection and safety of the worker or third parties, or when particular requirements inherent to the activity so justify”, thus the government will have to take a stand.

Clarification is likely to come at the Council of Ministers scheduled for September 23 – the moment when new ‘freedoms’ for the country are to be announced on the basis that Portugal is now the world’s most-vaccinated country (click here).

Similar issues elsewhere have seen tough policies on workers opting out of the vaccination programme.

In France, for example, 3,000 workers in the health sector have been suspended without pay due to their refusal to take up the Covid vaccines.

In Italy, the government is demanding that every worker (in both the public and private sector) carry a ‘green pass’ (to show inoculations or negative test in the last 72-hours) from October 15.

Euronews has reported that: “Only pensioners and unemployed citizens will reportedly be exempt from carrying a “green pass”.

Any Italian worker who fails to present a valid COVID-19 health certificate will be suspended without pay after five days, says the online, but cannot be sacked. “Those non-vaccinated could also be fined up to €1,500”.