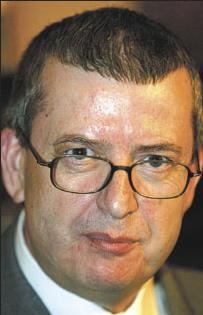 POLICE CHIEF Alípio Ribeiro blamed his resignation this week on the media pressure from recent high profile cases, including that of missing four-year-old Madeleine McCann.

Alípio Ribeiro presented his resignation as Director of the Polícia Judiciária to the Minister of Justice, Alberto Costa on Tuesday, saying he took this decision because he was tired of the constant media attention involved in the job.

Alípio Ribeiro’s mandate, due to end in April 2009, was marked by several controversial statements made during interviews to the Portuguese press, including one where he stated that the PJ had been too hasty in making Kate and Gerry McCann official suspects in the disappearance of their daughter.

On Tuesday, the Ministry of Justice announced that the deputy director of the Coimbra PJ, José Maria de Almeida Rodrigues, aged 49, had accepted the offer of becoming the PJ’s a new national director.

Meanwhile, the Procurator-General, Pinto Monteiro spoke to the press on Sunday in support of the Portuguese authorities during a visit to Fundão in central Portugal.

“If the investigations into the Madeleine case have resulted in failure, it is nothing that should embarrass Portuguese police,” he said, adding: “These types of crimes are extremely difficult to investigate.”

He also said that Portuguese police did what any other police force would do, and that we must wait until the end to see if the truth will ever be discovered.

On the same day, Gerry McCann wrote about the family’s continued hope that Madeleine, who is due to celebrate her fifth birthday on Monday, May 12, could be alive and well.

“The research we have done this year has encouraged us to believe that there is a very good chance Madeleine is alive,” he wrote.

A documentary made to raise awareness of an EU-wide Amber alert system and to show the McCann’s life since their daughter’s disappearance was also aired on Portuguese television on Saturday.