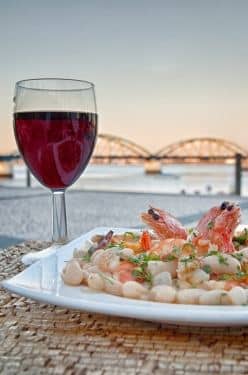 Dr Maria Alice is a consultant in General and Family Medicine and is director of Luzdoc International Medical Service in Praia da Luz, Lagos.

This one is a very old Portuguese saying that my father, who was a good old fashioned, dedicated family doctor, used to say many times.

The meaning is that no one suffering from one disease should immediately relate every complaint that he starts feeling to the basic main disease. Even more important is that doctors should not do it. Before deciding that it is all connected, one needs to be sure that nothing else is being missed.

Sometimes these different diseases are not related and many other times they are, but even when they are related, they are different entities that have to be recognised as such, as the patient’s treatment will have to be considered in a different perspective.

In medicine, the term comorbidity describes the effect of all other diseases an individual patient might have other than the primary disease of interest, like two or more coexisting medical conditions that are additional to an initial diagnosis, and the extent to which two pathological conditions occur together in a given population.

A comorbidity is a disease or condition that coexists with a primary disease but also stands on its own as a specific disease. For example, someone can have hypertension (high blood pressure) and not have diabetes. But on the other hand, someone with diabetes very often has hypertension too. So hypertension is a common comorbidity of diabetes.

The term “comorbid” has two definitions:

1. to indicate a medical condition existing simultaneously but independently with another condition in a patient

2. to indicate a medical condition in a patient that causes, is caused by, or is otherwise related to another condition in the same patient

The many challenges of multimorbidity

The dramatic rise in long-term conditions represents a major challenge for individuals, families and health care systems worldwide. Due to the scale of this rise, the management of these patients largely falls within the domain of primary care.

In the UK, these patients account for 80% of general practice consultations, thus being a top priority.

Also the pattern of patients admitted to internal medicine wards has dramatically changed in the last 20–30 years. Elderly people are now the most rapidly growing proportion of the patient population in the majority of Western countries, and ageing seldom comes alone, often being accompanied by chronic diseases, comorbidity, disability, frailty, and social isolation.

Multiple diseases and multimorbidity inevitably leads to the use of multiple drugs, a condition known as polypharmacy.

This is often a major challenge for family doctors as many times these patients are seen by several specialists in several different areas – for the heart, for the kidneys, the stomach, the bones… When they come back they have a frightening list of medicines that needs to be managed in an integrated way.

Unfortunately, patients have very frequently the tendency to enter this model of care, which is typical of delivery systems constructed around specialised care, where areas of expertise are defined around specific conditions and bodily systems.

Not surprisingly, clinical practice guidelines, arising from that model of care, lack pertinence for patients with multiple health conditions.

Patients are certainly unique but they can certainly have multiple diseases.

Nevertheless, not everything a person feels has to do with the one and only disease that he is aware of.

I remember a patient that was feeling more and more tired on physical efforts and for quite some time was considering that this was happening because his asthma was getting worse. One day he realised that it was strange, it was different. He finally went to see his family doctor who diagnosed a problem with one of the heart valves. Treatment was totally different.

Even if it is true that physicians should always try to integrate a patient’s symptoms into only one disease, nobody should ever forget that if one has fleas, he can also have… another health problem!