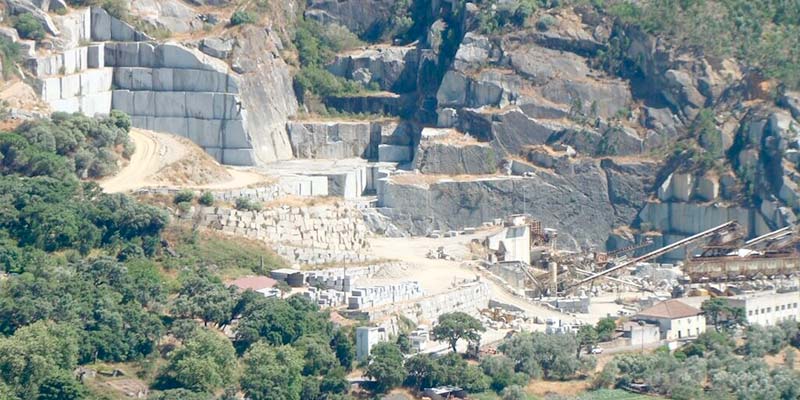 Three quarries in the Algarve identified as “at risk of a hazard occurring” will undergo risk-reduction work to the tune of €278,000, announced the government as part of a national plan created after the quarry disaster in Borba which killed five people (click here).

The investment being made by the government in Algarve quarries was announced this week in state newspaper Diário da República.

The quarry most at need of attention is in Monchique. Called ‘Palmeira nº2’ and operated by Pedra Secular Lda, it will undergo work totalling €92,900.

The quarry faced public scrutiny last year when regional and national press reported that it had been operating for 15 years without following any rules, to the detriment of residents’ quality of life.

Other quarry sites included in the government plan are Lugar da Nave (Monchique) and Santo Estevão (Tavira), which together represent a €185,000 investment.
Most of the funding (€216,000) will be used to set up fencing around the quarries, while €60,000 will be used for other risk assessment studies and €2,700 for signposting.

Portugal has 191 quarries considered “unsafe” and which are to undergo major work totalling €14.3 million. The government report was created after the Borba tragedy of last November.

It was an accident waiting to happen, many said afterwards, as the precarious conditions of the quarry were common knowledge in the area.

The tragedy involved a stretch of the EN255 road giving way into a pit of water below, killing five men.

“This accident highlighted the need to inspect quarries in Portugal in order to assess risk and the work required to reduce it, with the aim being to protect people, goods and the environment,” said the article published in Diário da República on Tuesday.