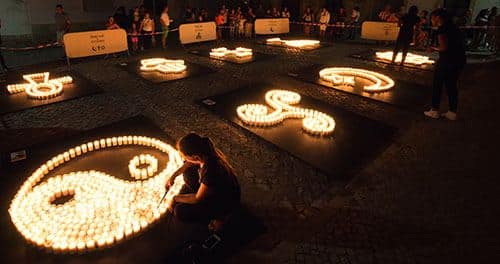 We were walking from Açoteias to our favourite restaurant, Retiro d’Isca, along the road which goes via Vale de Carros to join the ‘old’ Albufeira to Faro road.

It is narrow in places, with several sharp bends and quite steep slopes; it was about 7pm on Friday, February 4.

Suddenly we heard the clatter of a heavy vehicle approaching at speed from behind. We quickly climbed onto the verge to witness not one but two large white cement-mixer wagons hurtle past at about 40mph, as if they were racing, about ten yards apart.

It reminded me of that old film Hell Drivers with Stanley Baker.

Fortunately nothing appeared to be coming in the opposite direction otherwise there would certainly have been a head-on collision.

They had obviously come from one of the building sites in the Falésia area and were taking a short-cut instead of using the main road.

I do not believe they should have been using this road; and if they continue to do so, there will be a serious accident sooner or later.

Tourism is suffering without killing them (tourists) with HGVs. We have been coming to the Algarve for over 20 years and have seen many examples of bad driving but nowhere near as reckless and dangerous as these two lunatics.

It was dark and the vehicles were unmarked so we do not have any further details, but someone must know who they were.