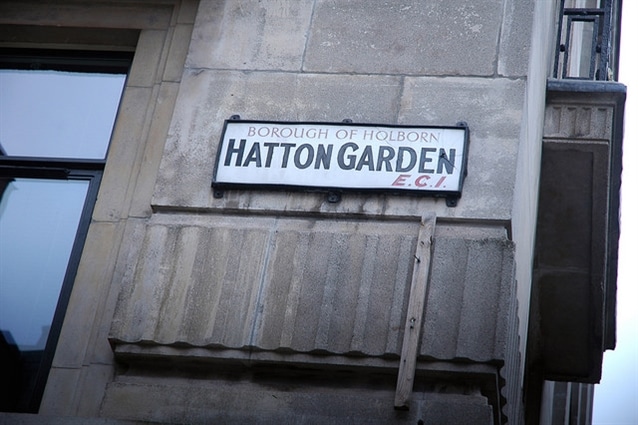 Could the missing millions from London’s infamous ‘Hatton Garden jewellery heist’ be in Portugal?

It’s a question that persists as ‘mystery man’ Michael Seed starts the first week of his 10-year-sentence handed down by a UK court last week.

Seed was finally convicted by a jury at Woolwich Crown Court after years under surveillance .

During those years he was clocked flying into Portugal on at least two occasions.

Indeed the court heard that he had been “staying in the Algarve flat belonging to fellow Hatton Garden burglar Terry Perkins who died in prison last year aged 89”.

The prosecution also said that when police finally raided Seed’s Islington flat last March, they discovered among various items of incriminating evidence “translations of foreign words (which) suggested he was learning Portuguese”.

Said Nottinghamshire Live (following Seed’s trial due to the fact that he was a former student at the town’s university): “in secret recordings, the Hatton Garden gang spoke of Seed having “300 on the floor” – a reference to at least £300,000 worth of gold – “80 to 90 grand” in cash and enough “foreign money” to last him for 10 years”.

Jewellery and gold recovered from Seed’s flat only came to around £143,000, thus the theory that Seed “may have stashed some of the loot abroad”.

The electronics expert described as a ‘vital player’ in the 2015 heist became the 10th person to be convicted in connection with it and should be free to leave jail long before he reaches his 68th birthday.

At that point, if he knows where the rest of the missing booty is, who knows, he may be able to recover it and ‘live happily ever after’.

According to the Daily Mail “up to £20 million of valuables stolen in the Hatton Garden raid” are still missing.

The paper concedes that so many years on, they “are likely to be lost forever”.

For the record, it should be said that Michael Seed denied being involved in the crime, and told police that he “could have been on a family holiday in Cornwall or visiting his elderly mother, in Cambridge” at the time of the burglary.

It may also be difficult for any of the convicted men to recover the missing loot.

“Collins and Reader have been released but face returning to jail if they fail to pay back more than £6.5m of the proceeds police believe could still be under their control.

“Detectives believe the gang may have been operating undetected for decades before they were caught, but cannot link them to any other crimes”.

It’s just a question of whether police will be able to monitor Seed when he finally comes up for release.

As reports last week explain, he was known by neighbours as “Mr Invisible” – a man who police discovered “did not pay taxes or claim benefits, used pay-as-you-go phones and very rarely used his bank account”.

Sentencing the 58-year-old to 10 years last Friday, Judge Christopher Kinch QC said: “You have lived, deliberately in my view, below the radar, adopting what amounted to counter-surveillance tactics and leaving a tiny footprint compared with almost everyone else in the population”.