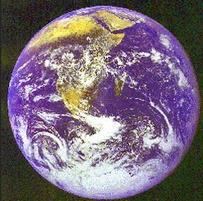 SO CALLED harmful tax regimes are being steadily abolished by the Organisation for Economic Co-operation and Development (OECD), according to its 2006 progress report. Tax administrators from more than 30 countries, the majority members of the OECD, have agreed to work towards eradicating global tax evasion and have called for increased collaboration to detect, deter and to respond to international non-compliance.

“We are committed to using national, regional and multilateral initiatives to achieve better compliance with tax laws, working within the existing framework of bilateral agreements and, if needed, to explore the need for new tools to assist in the detection of international non-compliance,” stated the Seoul Declaration. This was stated following the third meeting of the Forum on Tax Administration in Seoul, South Korea.

The Seoul Declaration, which was signed by the attending heads of national revenue authorities from 35 economies, identified four areas in which OECD tax authorities plan to focus on dealing with unacceptable tax minimisation arrangements. This also included the launch of an international study, examining the role of tax-related institutions with regard to non-compliance, to be completed by the end of next year.

The four areas are:

• Further developing a directory of aggressive tax planning schemes to identify trends and measures to counter such schemes.

• Examining the role of tax intermediaries in relation to non-compliance and the promotion of unacceptable tax minimisation arrangements with a view to completing a study by the end of 2007.

• Expanding the OECD Corporate Governance Guidelines to give greater attention to the linkage between tax and good governance.

• Improving the training of tax officials on international tax issues, including the secondment of officials from one administration to another.

The declaration seeks to establish a cross-border taxation co-operation system to crack down on abuse of tax treaties, and urges member countries to implement a range of administrative reform measures to meet challenges in tax administration.

Discussions at the Seoul meeting aired the view that international non-compliance is a significant and growing problem. Participants agreed to improve practical co-operation between revenue bodies and other law enforcement agencies of governments to counter non-compliance. They also noted the increased flows of capital into private equity funds and the potential issues this may raise for revenue bodies.

“National revenue bodies are increasingly expected to carry out a broad range of functions, and we must continue to adapt our organisational structures to fulfil these expectations. Nevertheless, the core activity of every revenue body is the effective administration and implementation of the tax laws. This means collecting the tax legally due under domestic legislation, while fully respecting the rights of taxpayers.

“Revenue bodies are under constant pressure to close the gap between the tax legally due and the tax actually collected. To do this, we strive to provide a tax administration system that is efficient, effective and provides high standards of service to taxpayers, other stakeholders and, at the same time, collects the revenues required by law to fund necessary public services.”

In its 2006 progress report, which follows on from a similar report published in 2004, the OECD said, that of the 47 preferential tax regimes identified as being potentially harmful in 2000, 19 regimes have been abolished, 14 have been amended to remove their potentially harmful features, and 13 were found not to be harmful. Only one was still considered harmful, which was part of Luxembourg’s 1929 holding company regime.

The committee reviewed holding companies and similar preferential regimes in a number of member countries, and determined that the regimes of Austria (as amended), Belgium, Denmark, France, Germany, Greece, Iceland, Ireland, Luxembourg (participation exemption), Netherlands, Portugal and Spain were not harmful.

There were only three regimes on which the committee did not reach a conclusion at the time of the 2004 progress report: the proposed Belgian co-ordination centre regime, the Swiss 50/50 practice and the Luxembourg 1929 holding company regime.

Concerning the Luxembourg 1929 holding company regime, the committee noted that amendments to the regime had been made in 2005, but concluded that they did not address the concerns of the committee relating to the harmful feature of lack of effective exchange of information and that the regime was therefore still considered harmful.

Chair of the OECD’s Committee on Fiscal Affairs, Paolo Ciocca, said that the latest progress report shows how the group has made real progress in its mission to stamp out harmful tax practices, on a global scale. “OECD countries embarked on a difficult challenge when we commenced our work on countering harmful tax practices and this report reflects the success we have had in bringing about change,” he commented.

The OECD is a group of 30 member countries sharing a commitment to democratic government and the market economy. It has active relationships with some 70 other countries, non-governmental organisations and civil societies. OECD’s motto is ‘building partnerships for progress’ and its main work covers economic and social issues.

The OECD evolved from the Organisation for European Economic Co-operation (OEEC), which was formed in 1948 to administer American and Canadian aid for reconstruction of Europe after World War Two.

To keep in touch with the latest developments in the offshore world, check out the latest news on our website www.blevinsfranksinternational.com