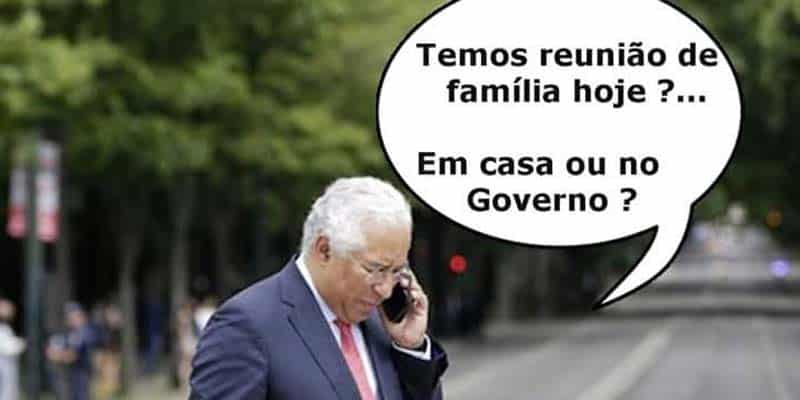 The ‘happy families in government’ controversy has been quietly bubbling away in Portuguese politics for years, but the latest government reshuffle – increasing the number of people related to each other in the inner cabinet – has suddenly brought the whole issue to the boil.

Internet memes showing prime minister António Costa answering the phone about a meeting – “is it at home, or in the government?; grumblings by the Opposition that a meeting of the Council of Ministers looks ‘like a Christmas dinner’, and even polite swipes exchanged between the sitting and former presidents over whether or not this kind of thing has ever happened before have ensured that the subject now has moved from the satirical pages to daytime news feeds.

It’s an election year, so we can expect this episode to run for a while longer.

President Marcelo has meantime be quoted as having said the equivalent of ‘No more family member promotions on my watch, please’ – though he concedes that there can “always be exceptions to any rule”.