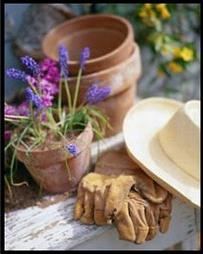 I DON’T know about you, but the news that Israel is seriously considering – and even planning – a nuclear attack on Iran, frightens the life out of me.

Israeli military sources say two air force squadrons are currently training to blow up Iranian uranium enrichment facilities. The Iranian president, Mahmoud Achmadinejad, has clearly stated his aim that “Israel must be wiped off the map”.

The last attacks involving nuclear weapons were in 1945, when the US dropped atomic bombs on Hiroshima and Nagasaki.

Although Iran does not yet have the capability to produce nuclear weapons, the Israelis believe they will have within the next two years. By striking now, they say, it will prevent them having to live with the fear of a “second Holocaust”. What, though, does the rest of the world say about it?

US Defence Secretary, Robert Gates, has declared that a nuclear attack on Iran would be an “absolute last resort”, so it seems extremely unlikely that the US would publicly back an Israeli strike. It would, however, suit President Bush, who has said he would be failing in his duty if he left office before the threat from Iran had been contained.

A British government official has said Britain takes the view that, for Israel to be the first country to use nuclear weapons in anger since 1945, would be “unthinkable”.

There would then be the reaction of the rest of the Middle East and other Muslim countries to consider. Not only would the threat of terrorist attacks in countries sympathetic to Israel be increased, there is the danger that Islamic fundamentalists would be so incensed that pro-Western regimes in countries, such as Pakistan would be threatened.

In an effort, some while ago, to bring a little more jollity into people’s lives during these bleak times, the UK government set up a study group to find out how ministers can make citizens more cheerful. The Whitehall Well-being Working Group, known as W3G, has now published its report. It comes out at the same time as two surveys show that, not only are Britons the happiest in Europe, but that they think 2006 was a better than average year for them personally. Let’s look at the WG3 report first.

We are told that gardening, praying and going for walks make us smile more, whereas heavy rain, getting the sack or being dumped makes us sad. Also on the brighter side are those chats with neighbours and caring about endangered species, while living in a heavily polluted environment makes us depressed. Who would have thought it?

The report concludes by suggesting that the government could spend more money on creating a national sense of wellbeing.

Looking at the survey into how people feel about themselves, we find they believe that Britain is a worse place in which to live now than it was five years ago. They blame anti-social and yob behaviour, poor service and, strangely, telephone call centres. On the other hand, the country’s cultural and intellectual heritage plus the national sense of humour, produce a warm glow.

It is, perhaps, significant that people feel happiest in the family circle. According to the survey, being in a happy family environment, or with friends, is far more important to people than worrying about problems of immigration or the health service.

Happiness is also having a hobby and enjoying a good holiday.

It seems we are happiest sitting with the family, looking through our stamp collection and worrying about the decreasing elephant population of Africa, but least content when we are living on our own, with few friends and being stressed out trying to get through to our local bank on the telephone.

It suits the government to spend money making the electorate feel good about itself rather than have time to reflect on how corrupt are our political leaders, or how dangerous the outside world is.