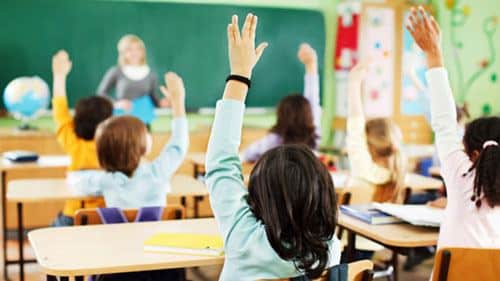 Despite the Portuguese government’s national strategy for integration, published last year, a shocking case of modern-day apartheid segregating gypsy children has been found “alive and unwell” in a Portuguese primary school.
The Escola Primária dos Templários in Tomar has a policy of segregating gypsies, reveals ionline – and worse even than this, the results suggest it is helping no one.
A young gypsy child interviewed tells the paper: “I have been at school for two years, but because I am with gypsies I still don’t know how to read or write.”
The nine-year-old is one of 12 “repeating pupils”, writes ionline – that is, children who did not pass their last school year and are repeating the syllabus.
For headteacher Carlos Ribeiro, lumping the children all in the same class “could resolve their lack of scholastic success”.
Gypsy parents do not see it that way. They told ionline they find the whole arrangement segregationist and, if it goes on, they will pull their children out altogether.
“My daughter is six and she is in the first year with other children of 13-years-old,” said father António Fragoso, stressing the disincentive to take youngsters to school that this creates.
His wife Vânia told the paper she would be one of the first to remove her children if the divisive policy is not changed. “It does not make any sense separating the children like this. What they (the school authorities) want is to put gypsies to one side.”
The headteacher, meantime, maintains he is unaware of the gypsy community’s discontent.
As writer Len Port stressed in a recent blog on gypsy integration (published in the Resident in March): “Integration seems to be replacing countless years of intolerance and intransigence, but it is a painfully slow process.”
Port’s blog also stressed that the government’s integration strategy “hopes” that 30% of young adult gypsies will be completing secondary school education by the end of the decade.
For gypsy parents in Tomar, these hopes look some way off.