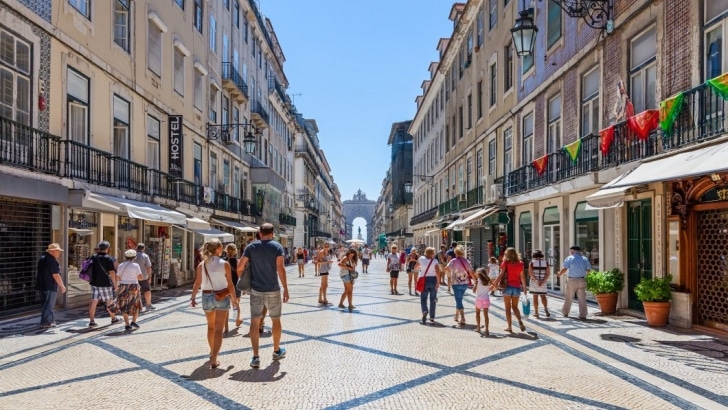 Contrary to all the media hype, statistics institute INE has come up with its own interpretation on the growth of tourism, suggesting last summer was “one of the worst” in this regard “in recent years”.

INE’s report explains that revenue from the hotel and catering sector has been perennially growing in two-digit numbers. This is all finished now, says the institute.

The Portuguese economy is “slowing down on various fronts”, and tourism particularly is leading the downward trend.

Calculations made by financial paper Dinheiro Vivo using INE’s data show that revenue from the hotel, catering and “other tourist lodging” sector totalled 1.4 billion euros for the principle months of last summer.

This represented a 3.4% growth on figures for the summer of 2017. But it was ‘way down’ on years since 2014 ‘at least’, where growth was consistently in two-digit percentages.

As the saying goes, ‘nothing lasts forever’ – and revenue pouring into the country every year as a result of tourism remains this country’s lifeblood, whether it is growing in one or two-digit figures.

But there are other ‘issues’ in INE’s research – not least the stagnation caused by the ‘total saturation’ of Lisbon’s Humberto Delgado International Airport.

With Antonaldo Neves, executive president of flagship airline TAP, recently dubbing it “the worst airport in the world” the reality is very little ‘expansion’ could be possible without the ability to physically bring more tourists into the country. The paucity of answers over how to fix all this (whether to expand in Lisbon, or move to Montijo) is driving world class carriers to despair.

INE meantime has looked at other sectors, to highlight what is happening with the economy.

Says Dinheiro Vivo, there has been a “significant deceleration of total sales” overseas. The year started with these sales up 7.1%, but growth is now down to 3.1%, while exports too have been sliding, from 7.6% growth at the beginning of the year to 3.6% in the second and third trimesters.

Investment in construction is also down: it was growing at 3.6% in the second three month period of 2018, and is now down to 2.4%.

“Agriculture is in recession” (falling in all three trimesters), while industry “is virtually at a standstill (with 0.1% growth, the lowest registered in the last two years)”.

One of the main reasons cited by investors for this ‘weak moment’ in the economy is the “adverse situation of international markets”.

Says DV, two of the country’s largest businesses – Vista Alegre and Sonae MC (Modelo Continente) wanted to expand on the stock market this year, but have pulled back, “citing the adverse conjuncture”.