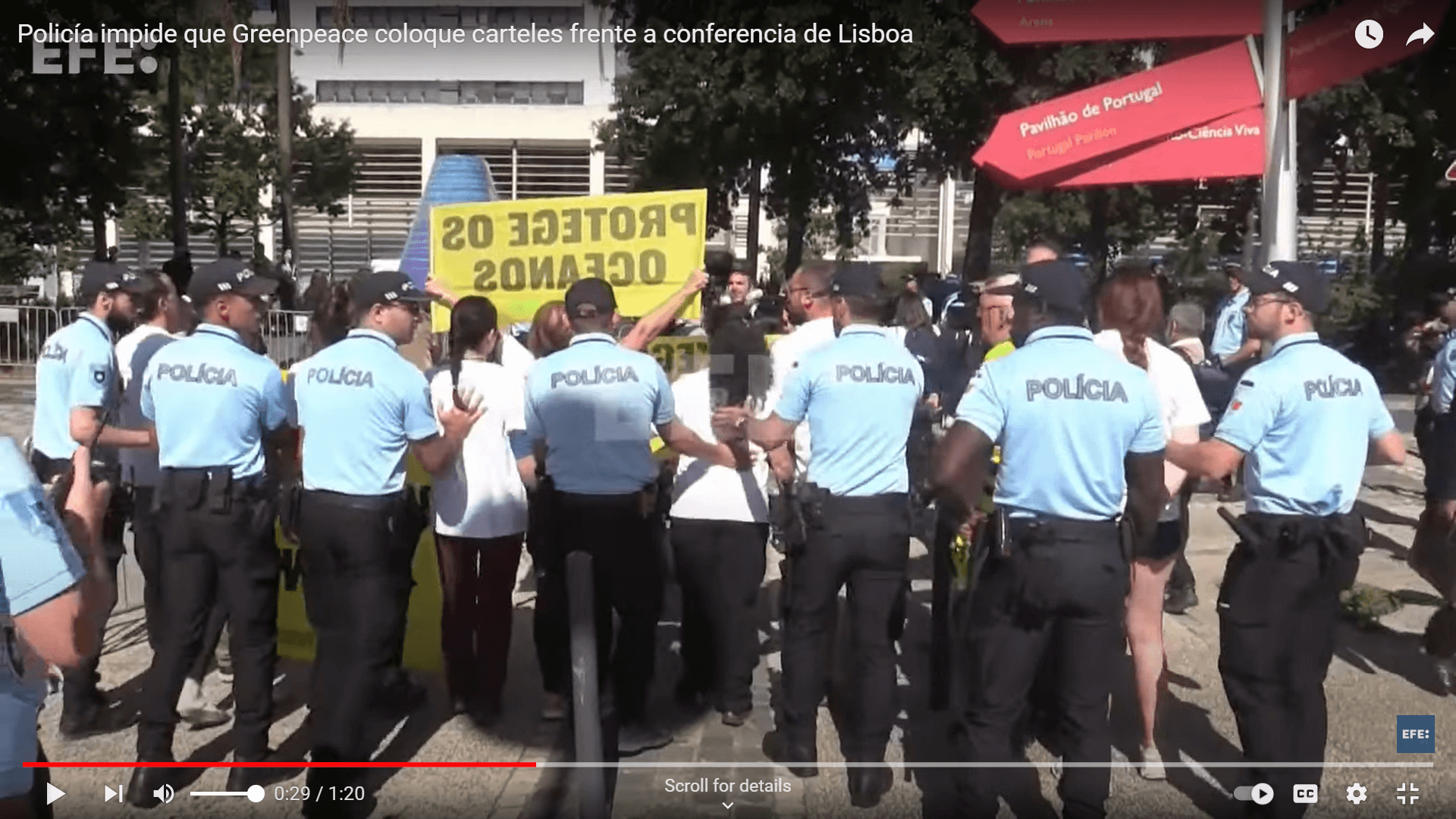 Portuguese police are reported to have “pushed Greenpeace activists off the U.N. Ocean Conference premises in Lisbon” yesterday as they tried to stage a protest in support of “strong action to save the world’s seas and marine life”. Reuters reports that “ten Greenpeace activists from different countries tried to place large stickers with messages outside the venue, but officers stopped the action and pushed them out”. “It’s shocking”, Greenpeace’s Laura Meller told the news agency. “While activists are trying to peacefully protest outside the conference venue, the real looters, the ocean destroyers, are out there depleting the oceans as we speak”.