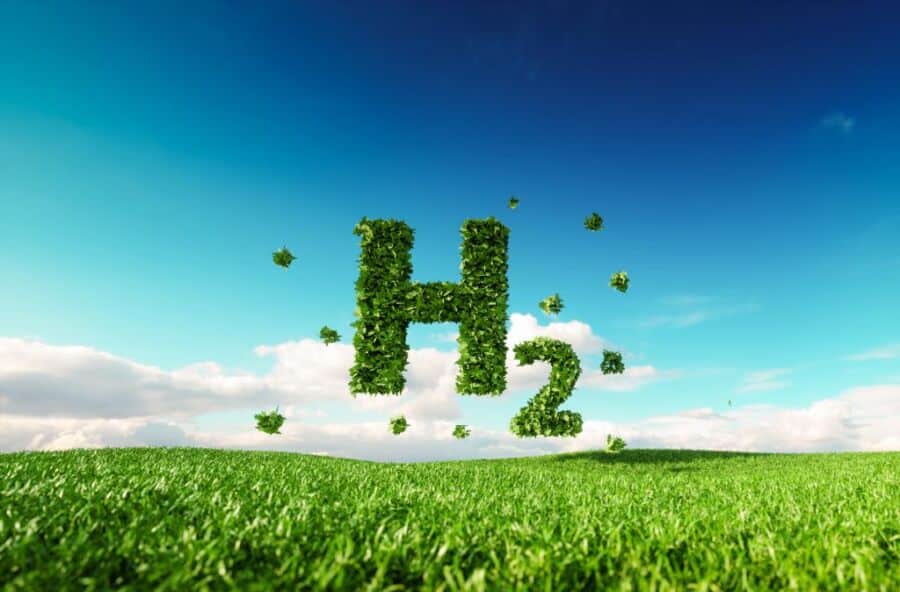 The ‘green hydrogen buzz’ has well and truly begun in the Portuguese press as the government sets its sights on becoming an exporter of this natural gas that promises to ‘save the world’ (at least that is the claim) from the damaging consequences of fossil fuel dependency.

SIC television news is reporting how in “a few months time the first distribution network of natural gas with hydrogen” will be taking off Seixal, courtesy of GALP, or rather GGND (Galp’s new identity as a pioneer in new technologies and natural gas).

The only anomaly is that it is a project that can really only be about ‘learning’ in that natural gas is a fossil fuel itself and as such has to have a limited life-span if Portugal is to become carbon neutral by 2050.

Thus as GGND’s Green Pipeline Project goes forwards – with the enormous benefit of community funding – it is not the answer for a carbon neutral future at all, more a means of getting there holding on to non-green infrastructures in the meantime.

For example, Nuno Nascimento – GGND’s director of energetic transition, new technologies and communication – told SIC that if all goes according to plan, by 2030 the percentage of hydrogen in the natural gas network could be up to 10-15%.

“We are committed as a company to injecting this quantity of hydrogen into our infrastructure as facilitators of this process”, he said – which, when one considers ‘the urgency of the climate crisis’, really isn’t that encouraging.

Lusa news agency meantime has looked at the wider picture, talking to experts – some of whom classify the government’s embrace of a hydrogen strategy as “unrealistic”, or worse “idiotic”.

The subject is being ‘widely discussed’ because on Wednesday, as holders of the current presidency of the Council of the European Union, the Portuguese government is hosting a conference on green hydrogen.

As a result, Lusa went on a ‘fact-finding visit’ to report that nothing in this technology is actually ‘new’, it is simply that it has come out from where it had been shoved into a back drawer due to the world’s acceptance, finally, that renewables are the way forwards.

To ‘create’ green hydrogen one needs abundant supplies of sun and wind. This is the point where politicians in Portugal started to see lots of noughts following € signs.

But it’s not that simple, say experts.

In order to ‘export’ green hydrogen one has to transform it into ammonia. The ammonia can then be ‘shipped’ securely and once it reaches its destination, the hydrogen can be recovered from it.

This is neither an easy process, nor a cheap one, explains Lusa – and this is what moves critics.

Even if one ignores the dependency on intermittent energies (ie wind and solar), the actual costs of storing this new energy are “brutal”, he told Lusa.

In Clemente Pedro Nunes mindset, the technology of production of green hydrogen isn’t sufficiently mature to merit the investment of “so many million euros”.

Lusa adds that this one critic has produced a manifesto entitled “the errors of the national strategy for hydrogen” which has been signed by more than 40 engineers, economists and university lecturers, among them former minister for industry and energy Mira Amaral.

In the document, these eminent names have said: “The country cannot embark yet again on an adventure like the Hydrogen Strategy which will absorb a significant part of (Portugal’s) resources by financing loss-making projects and using technologies that, because they are not yet dominant, will increase production costs and prices to the consumer and burden the taxpayer, via State subsidies, thus reducing growth…”

Indeed, the paper says no other country has adopted this kind of strategy because there are “a lot of uncertainties” attached to it.

Nonetheless, in July last year the EU presented a plan for green hydrogen, and to a large extent interest has spiked throughout the world. And this is where the PS government has become so ‘excited’.

João Pedro Matos Fernandes, the minister for the environment and climatic action has told Lusa it is the best solution for the country, and will see Portugal “stop being an importer of energy and start becoming an exporter”.

“This is the path we have to and must follow”, he said – highlighting the various “applications of hydrogen, the microclimate and the price of renewable energies (70% of the cost of hydrogen production is energy) that put Portugal in an absolutely enviable position”, says Lusa.

The minister however “admits” that no-one can guess what the “scale of hydrogen technology” will actually be – though he sees that in 2030 there could be between 50-100 hydrogen stations, a network of natural gas incorporating hydrogen in part (see above: GGND’s masterplan) and a hydrogen cluster which already has seven projects envisaged for Sines, valued at around €7 billion.

The Sines plan is one already shrouded in allegations of underhand dealings (click here and here). Lusa refers to the upset involving Dutch entrepreneur Marc Rechter saying “it is still not clear” what happened. Marc Rechter only recently told investigative journalists he is waiting to find out himself.

What is clear is that all the country’s fuel giants are keen to get in on the ride. In February, says Lusa, the executive president of EDP announced that the company is “analysing 20 projects on green hydrogen, an energy that he says will ‘explode’ in the next decade”.

Lusa has asked to talk with EDP about this further, but hasn’t received a reply.

There are however all kinds of ventures afoot – even though the brilliant mind Elon Musk has labelled hydrogen technology “stupid”.

Concludes Lusa: “the truth is everyone is investigating and investing in this technology”.

In Porto studies are underway on how to transform diesel railway engines to hydrogen, in Lisbon researchers have created a biological system to produce hydrogen, says the news agency …so green hydrogen “has won. Even though it is a gas, and for this reason has no colour, nor can it be seen.

“As the fox said to the little prince, what is essential is invisible to the eye”.

And as one engineer who wrote into the Resident as a result of this article has said: “You do realise hydrogen fuel comes from splitting water molecules? This is an energy intensive process where net energy is actually a loss. This is not going to save the planet!”