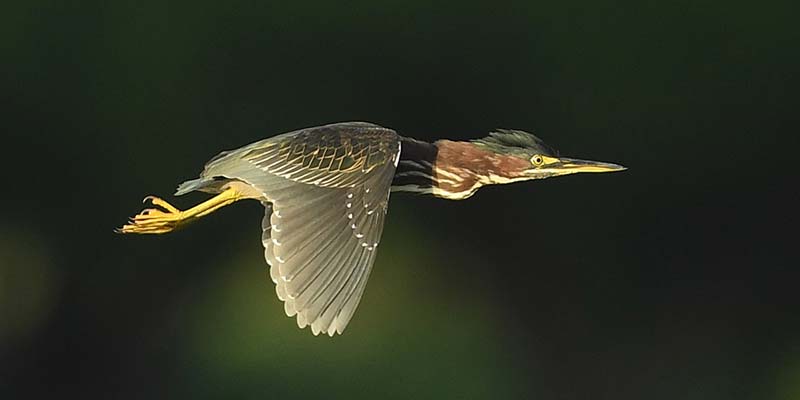 The Green Heron (Butorides virescens) is a small, solitary heron found in low-lying wetlands in North and Central America. It is an extremely rare vagrant to Western Europe. It is one of very few tool-using birds, inasmuch as it will drop bait onto the surface of water to attract fish.

Clive Viney, co-author of Algarve Wildlife – the natural year, reports: “On October 18, 2018, birdwatchers photographed what they thought was a Little Bittern at Lagoa de São Lourenço on the Quinta do Lago estate. The photographs were circulated on the Portuguese birding grapevine, and it was soon concluded that the bird was in fact a Green Heron and a first record for Continental Portugal. Compared to the United Kingdom, Portugal has a tiny twitching community but nevertheless 50 birders were at the lakeside on the morning of Sunday, October 21.

“My co-author, Ray Tipper, never misses a chance to catch a rarity and he managed to photograph the bird, but unfortunately it was well away from the public viewing area. The next afternoon, Ray received news that the heron had moved to the much more accessible south-western corner of the lake and took a series of stunning photos.”

Sightings of this welcome visitor have continued throughout December and well into January.

For more information on the wildlife of the Algarve, visit www.algarvewildlife.com 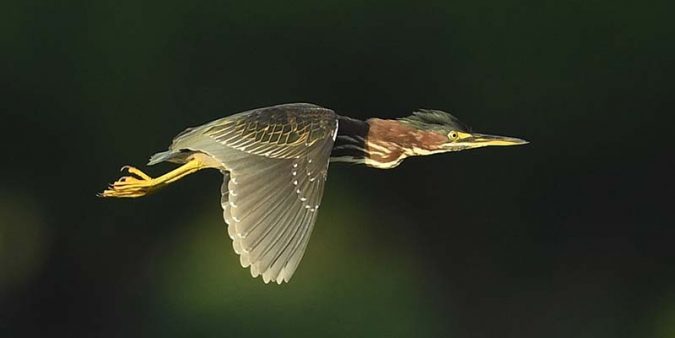 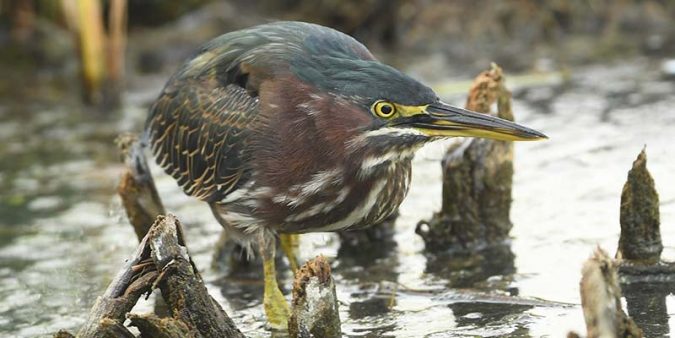