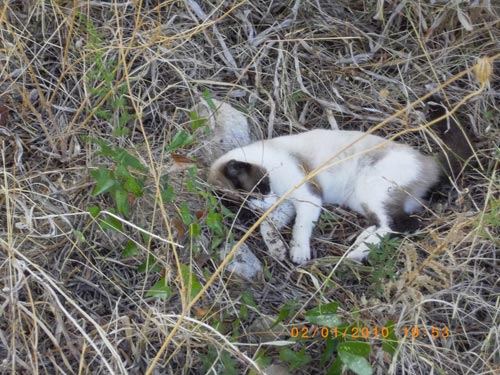 Verna and Philip “Zorba the Greek” Kinder held a Greek themed evening at their home in Quinta das Oliveiras, on July 7 in aid of the spaying and neutering programme at the Donkey Sanctuary based in Estombar.

Verna, with help from several friends, supplied a range of Greek dishes which included Tzatzuki, Mousaka, Macaroni de Forno, Beef Stifado and dessert dishes of Baklavas, Greek yoghurt, figs and Greek Orange Cake. An added bonus is that all the food was donated helping to boost the funds .

Guests were under clear instruction not to smash the dinner plates which were removed after the main course whilst they were being entertained and encouraged to join in with traditional Greek dancing.

This included the popular Zorba the Greek dance which started on the lawn and ended precariously near to the pool, led by Cathy Johnson.

During the evening there was the usual mix of obscure raffle prizes and the opportunity to support the charity by purchasing a range of hand-crafted cushions, homemade preserves and some interesting traditional Portuguese pots used to catch octopus.

The evening ended with a shot of ouzo and Greek honey biscuits and a vote of thanks to the hosts and all the volunteers.

Altogether with various donations, sales of raffle tickets and the handicraft items, €810 euros was raised.