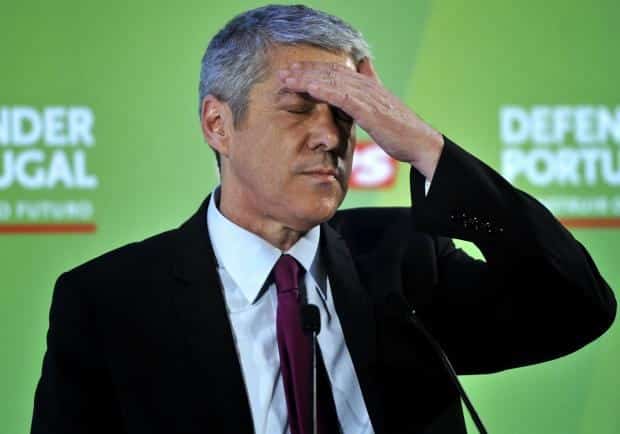 Describing it as “a great day for Portuguese journalism”, Correio da Manhã’s vice-director Eduardo Damaso has given a triumphant interview on the tabloid’s television channel following a decision by appeal court judges to remove the ‘mordaça’ (gag) placed on them over four months ago prohibiting any reports on the controversial investigation centring on alleged corruption of former Socialist prime minister José Sócrates.

Sócrates sought to embargo articles on dirty dealings currently under investigation by the Public Ministry, maintaining that these were not only against Portugal’s secrecy of justice rule, but motivated out of the desire to blacken his name more than any journalistic commitment to the truth.

But Lisbon judges have ruled the embargo filed by the defence team on October 27 “violated the principle of natural justice”, and thus Correio da Manhã, its television channel and all other news outlets owned by the Cofina group are ‘back in business’.

“The first thing we did was put everything back on our website”, a jubilant Damaso told CMTV.

“Now, anyone who wants to find out what Operation Marquês is about can just navigate the stories”.

The list is endless: “How Sócrates’ mother generated a fortune without having any money”; “how Sócrates had six cellphones”; how an accusation against Sócrates “is accelerating”; how the papertrail “pointing to Sócrates’ millions” was shredded.

The dossier in today’s paper runs to 16-scandal filled pages, itemising much of the labyrinth of intrigue.

CM affirms all it has ever meant to do is “seek transparency”. It is a mission it vows to continue, as José Sócrates and his legal team will be rapidly regrouping.

Nonetheless, it has to be remembered that Operation Marquês has been running for well over 18 months now. It has seen the former PM imprisoned in Évora jail for 41 weeks, and consigned to house arrest with a police guard for weeks after that. Now he is ‘free’ once again – albeit as an official defendant whose passport is withheld and who must comply with certain conditions (including not talking to the impressive list of fellow defendants).
Despite the plethora of stories written about Marquês and all money allegedly misused and misplaced, there have still been no concrete charges – and some doubt there ever will be.