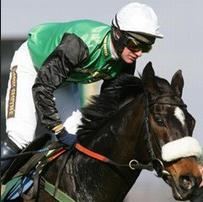 FOLLOWING A disastrous Cheltenham Festival, this column has managed to regain its credibility in no uncertain manner. Last week, I nominated four horses against the 40-strong field of the world’s greatest steeplechase: they were the 11-1 winner Numbersixvalverde, 5-1 third Clan Royal, 33-1 fourth Nil Desperandum and non-runner Sir Rembrandt.

A one euro, each-way investment, on the four selections would have returned a huge 360 per cent profit. What a coincidence that an Irish horse, winning in far-away Liverpool, should have a close connection with Portugal. After the race, owner Bernard Carroll enthused: “We were lying on the beach at Valverde in Portugal when we were thinking of a name for this horse. We thought, why not name him after our place there – it’s just a cheap house in Portugal.” The 430,000-euro winner’s cheque should go some way towards purchasing a nobler residence. Watch out for Vale do Lobo in next year’s National!