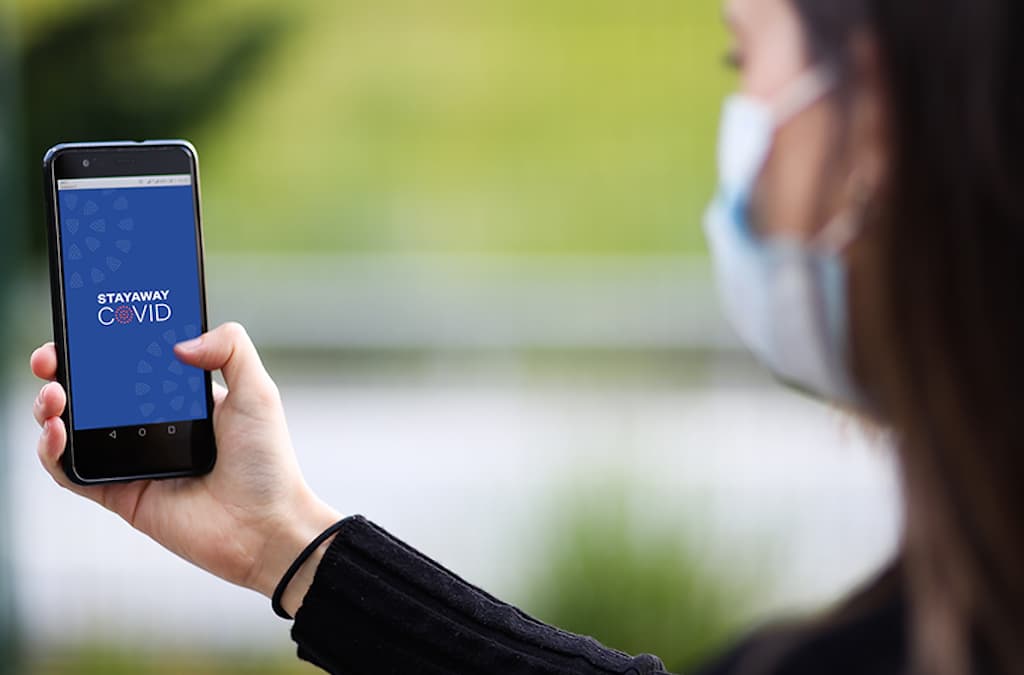 Digital protection association Associação D3 is considering a legal bid (for a ‘providência cautelar’ embargo). If successful, this would thwart the government’s intentions and bring the focus back on why so much in the way of individual freedoms is being ‘removed’ for a virus from which most people recover.

As the association argues, it’s not even that clear whether the app is any real use.

Says D3 vice-president Ricardo Lafuente: “There has been nothing to demonstrate that StayAway or indeed any other app of this kind makes any difference. The absence of a sign of success or impact, in Portugal or another country, leaves us very apprehensive about the role this app has in combating a pandemic”.

There is also the fact that when the app was launched, the government stressed its download was “totally voluntary” (click here).

To change this now, from one day to the next – and without any supporting data to show the app’s usefulness – simply serves to make citizens feel betrayed.

Stresses Lafuente: “The government has gone back on its word and in so doing wipes out any trust we may have had in this software. What certainty can we have that in future updates, the app won’t start to register people’s locations?” he added. “How can we be sure that our anonymity will be maintained? After this, what is coming next?”

Bit by bit the enormity of the government’s ‘measures’ is trickling through to the extent that people are sharing a growing sense of fury over social media.

Headlines like Jornal de Notícias’ “Government mobilises all police to check for app on cellphones” have added to the groundswell of discontent.

Constitutionalists (experts in the Portuguese Constitution) are adamant that “the government cannot impose the acquisition of a latest generation cellphone and operating system that allows for the use of the app” as it would be blatantly unconstitutional, says JN.

This is the ‘grey area’ surrounding StayAway Covid – it only works if people have modern smartphones, with the Bluetooth feature turned on.

For now, this particular ‘demand’ by the government has not passed into law. MPs of various persuasions are said to be against it: CDS and Bloco de Esquerda, for example – as well as Iniciativa Liberal – the lone MP of which has threatened to take the matter to the Constitutional Court.

Prime minister António Costa can read the gathering storm, and has said this morning from Brussels that he ‘hates’ being so authoritarian, but feels there is no other way if the pandemic is to be controlled.

For a country a breath away from presidential elections, this is a hugely uncomfortable moment.

President Marcelo has been strangely low-key in reacting to the new measures, saying only that “greater levels of intervention are needed” but not referring to the intrusion some of them have on people’s basic freedoms.

Ana Gomes however – the ‘inconvenient’ presidential candidate, PS through-and-through but not officially supported by her party – is in no doubt.

In one of her many no-holds-barred tweets she wrote today: “It’s unconstitutional to make the StayAway Covid app obligatory: beyond an invasion of privacy in a country in which the national data protection commission has no teeth or cost-benefit analysis, it would be equivalent to enshrining discrimination against the poor and most vulnerable. I hope parliament votes against this proposed law”.

WHO EXACTLY IS BEING FORCED TO DOWNLOAD STAYAWAY COVID?

According to the prime minister’s announcement yesterday, the government wants the app to be “obligatory in a work/ team, school and academic context” as well as for every public sector worker and agents of the Armed and security forces.

It’s the ‘work/ team’ aspect that seems a little vague/ open to interpretation.

There is the ‘proviso’ that the rule only applies to “people who possess equipment that permits the app”. (In other words, if someone has a throwaway phone, not a smartphone, he/ she presumably would not be required to have the app, as the phone would not accept it.)

Fines however for people who do have smartphones, fall into the government’s ‘bracket’ of citizens who should download the app but for whatever reason haven’t, “could run to €500”, explains Jornal de Notícias.