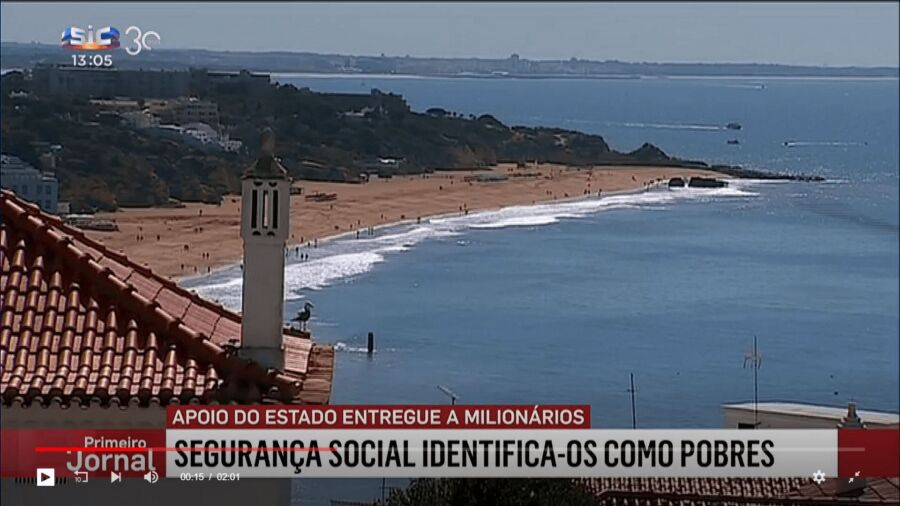 Hole in law, says Expresso. Government says it is sticking to ‘criteria’

On a day when the President of the Republic has called a Council of State to discuss the political, social and economic situation in the country (meaning it is a matter causing him concern), Expresso reports that the much-lauded government handout to families, to help them through the inflationary spiral, has ended up being paid to ‘millionaires on golden visas’.

It’s a hole in the law, explains the paper.

Anyone who declares earnings below a certain level – no matter their worth/ assets – has qualified for the lump sum payment, per adult, of €125. Thus, residents with golden visas and little income in this country have discovered their bank accounts, too, have registered the government’s largesse.

According to Expresso, at least 20 cases have already been detected. In most situations, holders of gold visas do not have Non Habitual Resident (NHR) status and are therefore not required to declare capital income in Portugal and are part of the structure of companies operating here in positions as “unpaid managers”.

One of the criteria demanded for these one-off payments is that recipients live in Portugal. But even this doesn’t seem to weed out golden visas beneficiaries (who often do not live here), says the paper.

This is because “there is no way of knowing whether the beneficiary is living in Portugal – and there are cases in which the address indicated to Social Security is that of the company, and not of the holder of the visa”.

Expresso adds that there are situations in which the offices of businesses are receiving the government’s payments.

Even beyond foreigners, the paper explains, wealthy Portuguese may also be receiving this money, as it all depends on ‘income’ not ‘wealth’.

Challenged on this point, the ministries of Labour, Solidarity and Social Security and Finance have been less than forthcoming.

In a joint statement they simply explain that “the attribution of the extraordinary support follows criteria defined in legal diplomas” which “take into account, in general terms, the level of income of taxpayers resident in Portugal as declared to the AT (tax authority) and ISS (Institute of Social Security), as well as the entitlement to certain social benefits (unemployment benefit and social insertion income)”.

There has been no consideration, in other words, of what the statement calls the “different modalities of the residence permit”.

The response may have been deemed adequate by government departments, but it doesn’t appear to have cut much ice with the public at large.

SIC television news has heard from economists who suggest the whole plan was pushed through much too quickly and without due consideration.

The fact that criteria manage to ‘assume that a millionaire is poor’ shows the very basis of the ‘legal diplomas’ needs adjusting.

Expresso this week describes situations where people who truly need support through the current crisis are just not getting ir – while SIC has discovered an address in Lisbon where 33 government notices of payment of the €125 support were received, for multiple people – many of which have never lived there, and are almost certainly not living in this country.

In a separate article in Expresso today, Minister for the Presidency of the Council of Ministers, Mariana Vieira da Silva, has admitted that the financial support given this far by the government may well have to be reconsidered and upgraded.