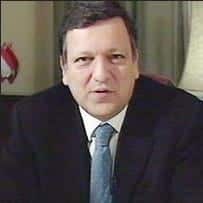 MINISTER FOR Finance, Teixeira dos Santos, believes that the Portuguese government’s current austerity measures, if continued in 2006, will result in a balanced budget, reports The Resident’s Chris Graeme.

According to Teixeira dos Santos, favourable budgetary signs seen last year are a result of the government’s austerity policies of discipline, strict control of public spending and measures taken to fight fraud and tax evasion. The minister said he remained optimistic that the country would be able to keep the current budget deficit at six per cent of the country’s GNP as laid down by Brussels.

The government’s final balance on public spending is obtained by examining four sub-sectors of the public administration: the state, autonomous funds and services, regional and local administration, and social security. The estimated budget deficit for the state’s public administration in 2005 was 9.903 billion euros, which the minister believes is “good news”.

While in Sines last week, Prime Minister José Sócrates said that recently announced public and private investments in Portugal represented a new cycle of modernisation for the country.

Sócrates, accompanied by Economics Minister Manuel Pinho, unveiled a new multinational petrochemical project, launched by Turkish company Advanca, which could bring hundreds of jobs to the Alentejo region. “This investment package shows that Portugal is optimistically making its presence felt in the global economy, competing with the most sophisticated markets,” he said.

Advanca is considering injecting 350 million euros worth of investment into a factory for production of purified terephthalic acid (PTA), a raw material used in the manufacture of plastics for packaging.

With an annual turnover of an estimated 700 million euros, of which 85 per cent is destined for the export market, the factory was initially mooted for the United Kingdom, but now Portugal is competing with Holland, Lithuania and Turkey for the contract.

In Brussels, the European Union Commissioner, Manuel Durão Barroso, said that while Portugal’s efforts at balancing the State Budget were to be applauded, the country needed to make more effort in getting to grips with its budget deficit.

The Portuguese Commissioner and former Prime Minister added that Portugal needed clearer explanations of the measures it was taking to bring its budget deficit within the three per cent limit of GNP prescribed by the EU for member states.

A EU analysis said that Portugal’s National Plan of Action for Growth and Employment needed more force to get results. Durão Barroso gave examples that all was not well in the Portuguese national economy and that the country was failing to comply with the measures outlined in the 2000 Lisbon Strategy. “The sustainability of Portugal’s public finances worries the Commission in the lack of detailed explanation and information given by the government on its measures,” he said.