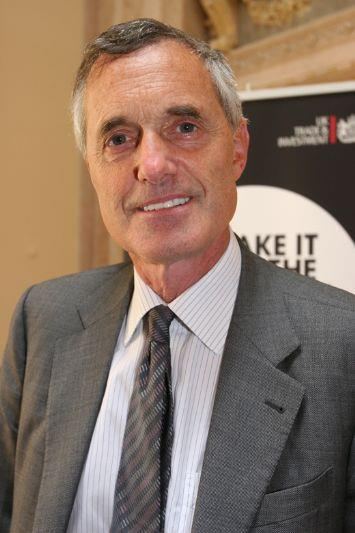 Sir Andrew Cahn, CEO of the British government’s UK Trade and Investment (UKTI), has issued a stark warning against the dangers of protectionism in the wake of the global financial and economic crisis.

He made his comments during his visit to Portugal last week where he addressed a group of Portuguese businessmen, bankers and potential investors at the headquarters of Barclays Premier in Lisbon during a joint Barclays and UKTI initiative.

Sir Andrew Cahn said that the British government under Gordon Brown had been the first country in the world to come up with a global rescue plan for the financial system which had been largely adopted worldwide and had prevented the kind of catastrophic meltdown of the world’s financial system experienced in the late 1920s and 1930s which had led to the Great Depression.

“We’ve stabilised the banking system, established international cooperation and avoided the meltdown that could have resulted from the crisis, but I still think we have a number of challenging years to get through and that government and business must work closely together to face these challenges,” he said.

Protectionism and isolationism were not the “answer” to the current problems and he said it was worrying that some countries were beginning to go down that road.

“It simply cannot work in a global economy where some complex products are made from components from more than one country,” he said, adding that trade was “the way forward”.

He said Portugal and the UK were countries that could not rely solely on their internal markets and needed to export their goods, services and innovative ideas in order to survive.

On the other side of the coin, he said that UKTI had an important role in helping UK companies invest and set up in Portugal and that the country’s position between Latin America and Africa and its relationship with Portuguese speaking countries were vital to do business elsewhere in

Sir Andrew Cahn held Barclays Bank and its successful expansion in Portugal up as an example of a British company which was global, offering “real expertise and real world leadership” in financial services around the world.

The UKTI is the government agency responsible for promoting exports and attracting investment into the United Kingdom.