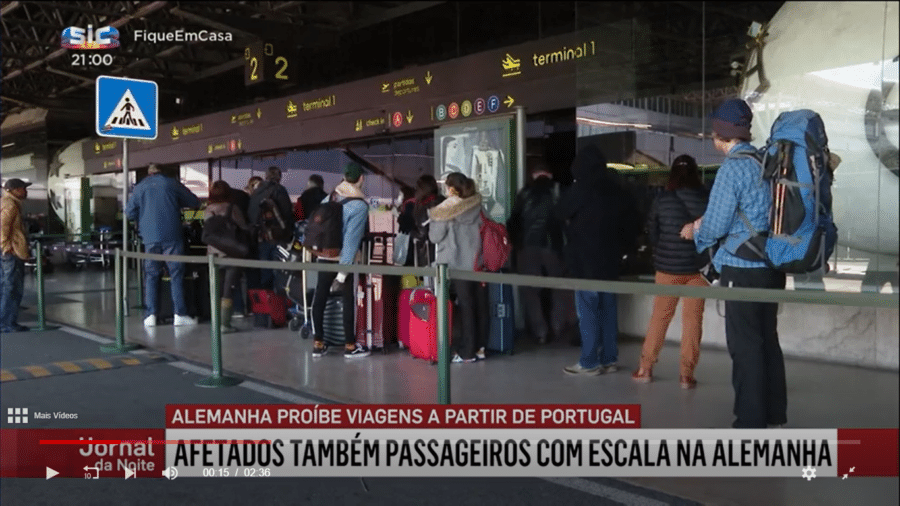 Germany is continuing to block air travel into the country from Portugal – even to the point that it will not let passengers in from Portugal with connecting flights to other destinations.

The ministry of foreign affairs has labelled the decision “discriminatory and disproportionate”.

Germany’s reasoning is that Portugal belongs to a bloc of countries where variants are circulating.

Slovakia, the Czech Republic and the Austrian Tirol are in the same predicament, reports SIC television news.

A government source has told the news channel that “Portuguese authorities are “trying to resolve the situation, giving information on the improvement of the (country’s) epidemiological situation over the last few weeks”.

Questioned on a specific case of a Portuguese national (carrying a valid negative test certificate) barred from his onward journey on arrival in Frankfurt from Lisbon to fly to Budapest (where he lives), a source for the European Commission said that non-essential journeys should be discouraged, but not prohibited.

Prohibitions can be ‘substituted’ by ‘other measures’ like quarantine, or negative tests.

Brussels sent a letter to this effect to Berlin in February but “until now there have been no changes”, said SIC.