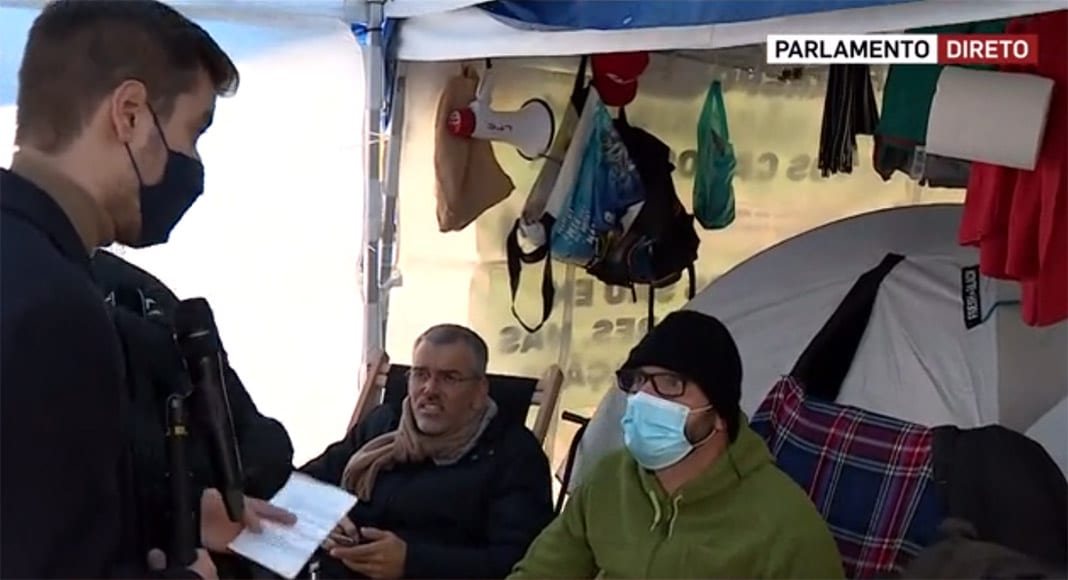 As high profile as it is, members of Portugal’s Socialist government have managed to blank the hunger strike being staged by nine desperate business owners camped out by the steps of parliament (click here).

All these men (and one woman) have asked for is an audience with the prime minister António Costa or economy minister Pedro Siza Vieira.

Their situation is dire: some are owners of bars and nightclubs and as such have been unable to operate since March.

Others are restaurateurs finding it impossible to survive current restrictions brought in to control the pandemic.

Their hopes are for dialogue, compromise, support that might save sectors that have been left in tatters.

At one point today it looked like economy minister Siza Vieira was ‘prepared to meet’ the group that has been existing on sweetened tea, water and Vitamin C since Friday. But then came the message that he was prepared to speak with ‘representatives of the sector’ – but not those whose stand is designed to highlight the sector’s plight.

This is a stand-off unlikely to win politicians any popularity. Led by a Bosnian celebrity chef, the group has made it clear it will either leave after succeeding in its objectives, or in ambulances.

These people are not giving up – and every hour that passes accentuates their agony in the cold and driving rain.