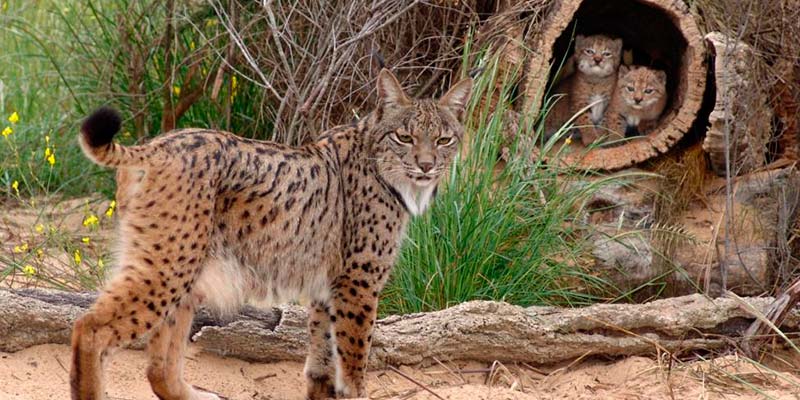 Much-needed government funding could soon be on the way for the Iberian Lynx Reproduction Centre in Silves, which celebrated its 10th anniversary last week (November 27).

Speaking to reporters at the anniversary celebration, Portugal’s Secretary of State for Nature Conservation said that the government should create an “annual fund” for the centre so that it isn’t so “dependent” on European Union funding.

Said João Catarino, the funding would serve as a “guarantee” for the centre’s workers, who should not feel concerned about the possibility of “losing their pay from one moment to the next”, but also to ensure the “sustainability of the centre itself”.

“It is important to have the guarantee of finance to complement the community funding that the centre receives,” said the secretary of state.

Since the centre was launched in 2009, it has already seen the birth of 122 Iberian lynx. Over 100 have been released into the wild in Mértola and in the Spanish regions of Andalusia, Extremadura and Castilla La Mancha.

Rodrigo Serra, head of the centre, is “overjoyed” by the success of a facility that has seen the breeding of an endangered species in captivity as well as its reintroduction in the Iberian Peninsula.

However, he says the centre’s work is “far from over” and that there are still goals to achieve, which shouldn’t be difficult as the team is “motivated by the success so far”.

He added that seven of the eight animals that were born at the centre this year are expected to be released into the wild at the start of 2020, while the others will remain at the centre to take part in future breeding programmes.

The head of the Silves centre also praised the work that has been carried out at other reproduction centres in Spain, adding that they have all shared techniques and knowledge.

“At the end of the day, this is truly an Iberian programme and the results have been very good,” he added.