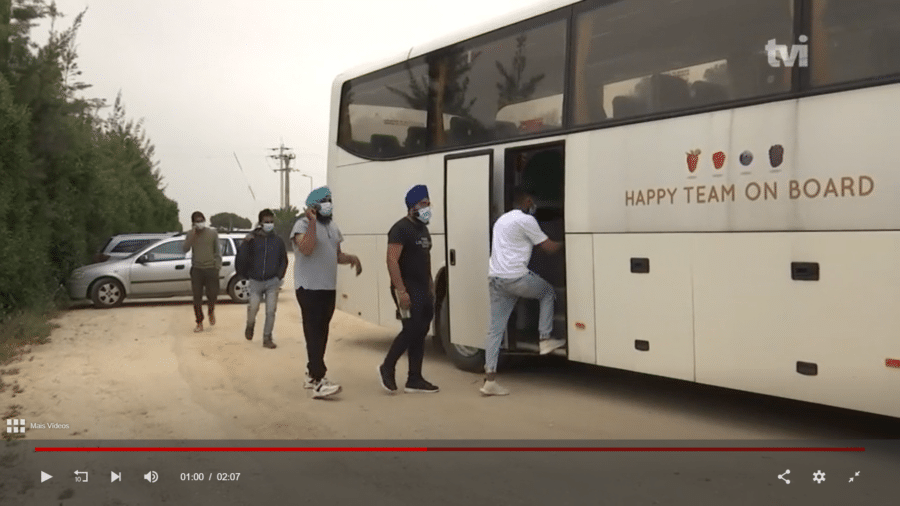 The government has finally responded to the judicial embargo on its civil requisition of the ZMar eco-resort in the borough of Odemira (click here).

Explain reports this morning, “in the document the executive invokes reasons of public interest to justify the requisition” that prompted outrage from almost all quarters, including the immigrant agricultural workers who were bussed to ZMar in the early hours of last Thursday morning, having been roused from their sleep and given no prior warning (click here).

“The prime minister and minister of internal administration who signed the resolution argue that “deferral of the execution of the act of temporary requisition would be seriously prejudicial to the public interest”, reports RTP.

The government also referred to the fact that the 28 immigrants taken to ZMar were not occupying private houses on the resort.

However, according to local authorities in Odemira, most if not all the immigrants have already left the site – as it has no access to public transport that could take them to the greenhouses and agricultural explorations that employing.

The Supreme Administrative Tribunal will now consider the government’s ‘response’ and decide whether or not to lift the ‘providência cautelar’ lodged by lawyers representing owners of ZMar.

Meantime, media reports have been explaining how many workers have been ‘stopped from entering’ the parishes of São Teotónio and Longueira/ Almograve because they are not carrying the requisite ‘negative tests’ for Covid-19.

Both parishes remain ‘locked in’ on themselves, with no-one even allowed through to drive on the coastal road towards Cercal/ Sines/ Grândola or Lisbon unless they can show negative tests – and a valid reason.

Odemira mayor José Alberto Gonçalves has already said the so-called ‘sanitary cordon’ should be lifted straight away (instead of waiting for the Council of Ministers on Thursday) as Odemira’s ‘virus numbers’ are now on a par with a number of other municipalities in the country that remain unrestricted. They may not be within the government’s ‘red line’ of 120 cases per 100,000 but they are ‘controlled’, says the municipality – which is also pushing for mass vaccinations to take place so that locals can start to feel less threatened by the potential risk of infection.