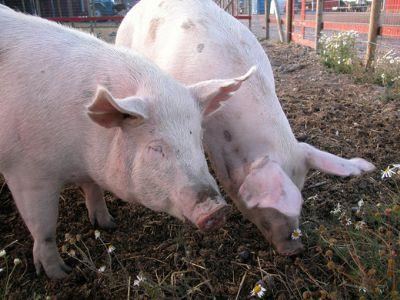 Reports of the first cases of swine flu in Portugal have been denied by the Portuguese ministry of health.

Suggestions in the Portuguese media claiming that swine flu had been detected in children, who had been hospitalised in Lisbon, are false according to a statement released by the ministry of health on May 5.

In the statement from the office of the minister of health it is clearly stated that “There is no investigation into suspected cases of swine flu in Portugal at this moment.”

The children at the centre of the speculation had been admitted to the paediatric accident and emergency department of the Hospital Dona Estefânia in Lisbon, where they are currently under observation and are suspected of suffering from a common respiratory disease.

The contingency health plan, which was implemented on April 24, is still in place across Portugal with a team of monitors meeting daily to continuously adapt the plan to meet the needs of the country.

Health officials are keen to also highlight the work being done to ensure that foreign vessels docking in Portugal are complying with International Maritime Health laws, and as yet no cases of swine flu have been found in passengers.

Concerns about aircraft arriving in Portugal from Mexico, where more than 100 people have died from swine flu, are to be kept to a minimum ensures the ministry.

Planes from Mexico are being checked and the passengers assessed by a team of International Health officials before the passengers are able to enter Portugal where so far again, no cases have been detected.

Pharmacies in Portugal have already reacted to public demand for anti-viral treatments to be available and concerned citizens are able to purchase the Relenza and Tamiflu treatments from their local pharmacies.

Health officials are advising citizens who are displaying symptoms of the disease, such as a cough or fever, those who have travelled to affected areas recently, or alternatively those who have come into contact with infected people, to remain in their homes and call the 24 health line on 808 24 24 24 and follow the recommendations of the health advisors.