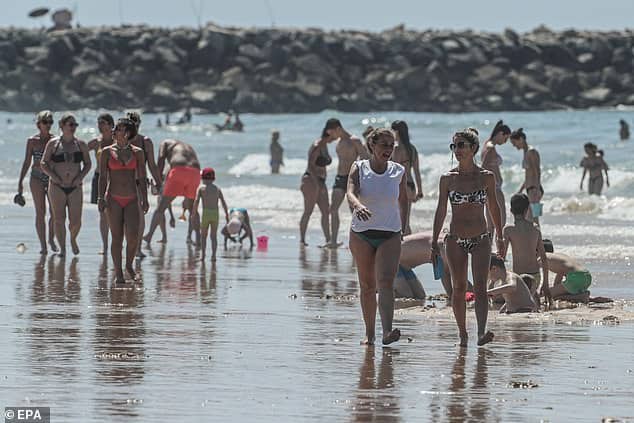 This is the positive message coming out of popular tabloid Correio da Manhã today, and it ties in with the speech given earlier in the week by prime minister António Costa (click here).

Following the Council of Ministers yesterday, minister for the presidency Mariana Vieira da Silva said that: “the government has always said that the moment a very significant percentage of the population has received two doses of vaccine will be the moment to change policies. We are getting close to that moment”.

Answering journalists’ questions, she “admitted” that the reopening of bars and discotheques was “on the table”.

Everything hinges on next Tuesday’s meeting with experts at Infarmed, the country’s medicines authority.

Meantime, vaccination efforts are forging ahead, albeit that the next two weeks will see less doses available, due to a dip in numbers programmed to arrive of the Janssen (one-shot) vaccine.

This far, over 12,300,690 doses have been administered over national territory, with 48% of the population now covered by two doses of vaccine, and 65% having received their first doses.

The most vulnerable age groups of people in their 80s, 70s and 60s are ‘well covered’, all with over 90% of citizens fully immunised. The age group of people between the ages of 50-64 is also running at 77% fully immunised, 82% with one dose of vaccine already administered.

Some areas have extended vaccination centre hours to midnight where the Janssen one-shot vaccine is being given to all men over the age of 35, and women over the ages of 50.

Chances are that any alleviation of restrictions will follow the expected change in the current ‘risk matrix’ – which doesn’t take vaccination coverage into account.

CM seems convinced that following next week’s meeting at Infarmed, a new risk matrix that combines vaccination numbers will be adopted.

That said, fatalities from Covid-19 are seemingly increasing – the vast majority of them in people over the ages of 70 (who are likely to have been vaccinated).

While the US has tried to re-emphasise the importance of vaccination by telling its population that the vast majority of people dying with/ from Covid-19 are ‘the unvaccinated’, the message in Portugal is simply that the people dying are over the ages of 70 (and often in their 80s). There is no mention of whether or not these victims have received two doses of vaccine, or whether they were past the stipulated 14-day period needed for the second dose to take full effect.

Regarding the Janssen vaccine which is being seen as the way to speed-up the ‘race to herd immunity’, there have been more reports of people fainting after receiving it.

In Portimão yesterday three people fainted “and felt convulsions”, writes CM. Two were in their 30s; one had to be hospitalised.

“Infarmed has confirmed these cases and attributes the adverse effects to possible anxiety”, said the paper.