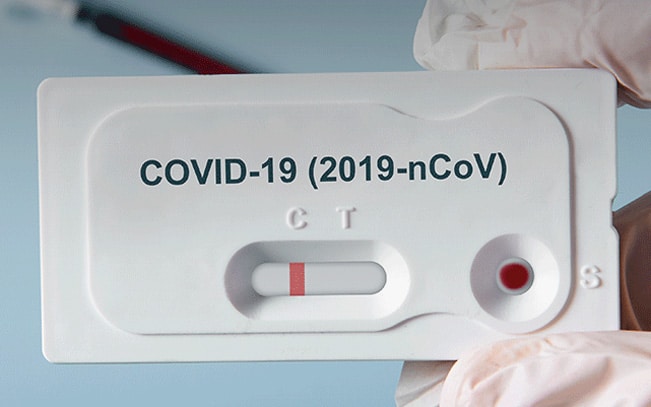 Less than a day after a panel of experts in UK said monitoring people with mild symptoms “was no longer helpful”, Portugal’s ministry of health has admitted it may not extend its co-financing of Covid tests antigen in pharmacies.

Authorities in Germany have already said they will stop financing tests for the unvaccinated.

According to Expresso, the decision is based on trying to encourage more people to take up the vaccines.

Portugal’s reasoning for stopping financing tests is “different”, says the paper: authorities believe so many people will be vaccinated by August 31 that there will be very few who would be eligible for the regime anyway.

The news follows a report in the Telegraph yesterday in which experts said it was “time to accept that there was no way of stopping the virus spreading through the entire population”.

Professor Andrew Pollard, who led the Oxford (AstraZeneca) vaccine team, said it was “clear that the Delta variant could infect people who had been vaccinated, which made herd immunity impossible to reach even with high vaccine uptake”.

Professor Pollard told an all-party parliamentary committee: “We don’t have anything that will stop transmission, so I think we are in a situation where herd immunity is not a possibility and I suspect the virus will throw up a new variant that is even better at infecting vaccinated individuals.”

The Telegraph confirms results that came out of the United States recently have been tried and tested in UK: “analysis by Public Health England has shown that when vaccinated people catch the virus they have a similar viral load to unvaccinated individuals and may be as infectious”.

Said infectious diseases expert Paul Hunter: “We need to start moving away from just reporting infections, or just reporting positive cases admitted to hospital, to actually start reporting the number of people who are ill because of Covid. Otherwise we are going to be frightening ourselves with very high numbers that actually don’t translate into disease burden.”

This seems to be the way other countries, including Portugal, will now be moving.