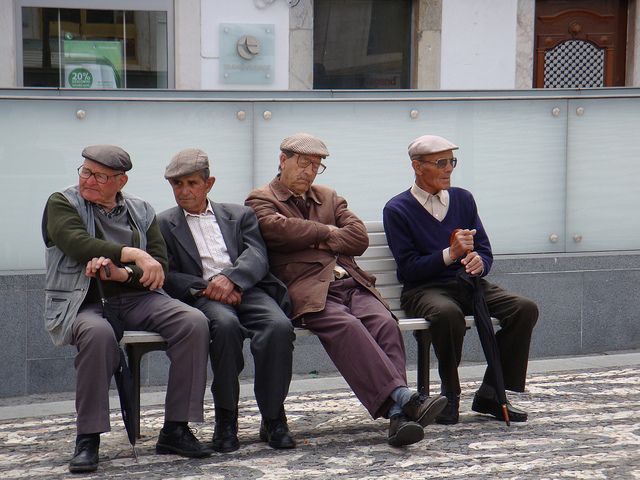 The Portuguese government is “available to reduce the age of access to retirement” if it is clear (from data being gathered) that average life expectancy has fallen due to deaths caused by the pandemic.

This is the opening sentence today of a story in tabloid Correio da Manhã which stresses that “although the Ministry of Labour doesn’t want to comment on the matter”, minister Ana Mendes Godinho is “accompanying” the “evolution of the indicator” (meaning watching how average life expectancy levels have been affected) and “wants to apply the formula” allowed for in the law.

Right now, the age of access to retirement is calculated based on the average life expectancy at 65 years of age.

The formula “estimates how many years an individual tends to live beyond this mark”. “The indicator is based on the last three years in which data has been available”.

The director of Portugal’s pensions agency Vítor Junqueira has already told Público that the pandemic looks like it may well have lopped a month off ‘access to retirement age’ by 2023.

If this is the case, it is the first time in Portugal’s history of social security benefits that the minimum age of retirement (without deductions) has fallen.

CM has been ‘predicting’ a reduction in the age where people can access retirement since February – following the worst winter-time death toll the country has seen in living memory.

The paper reminds its readers that it was not simply Covid-19 that caused the increase in deaths, but other issues and diseases “treatment of which was delayed due to the enormous pressure on the health system” as a result of the pandemic.

It adds that as far as its information goes, Labour minister Ana Mendes Godinho has no plans to create problems if it is confirmed that average life expectancy in Portugal has indeed fallen.

Economist Eugénio Rosa told the paper however that instead of reducing the age of access to retirement, it would be “easier” for the government simply to ‘freeze’ the current age – which is due for yet another upward increase (by a further month) in 2022.

“This won’t be financially very significant”, he told the paper, because new pensioners will be ‘coming through the system’ to compensate for the ‘saving’ of expenses on all those who have sadly died.