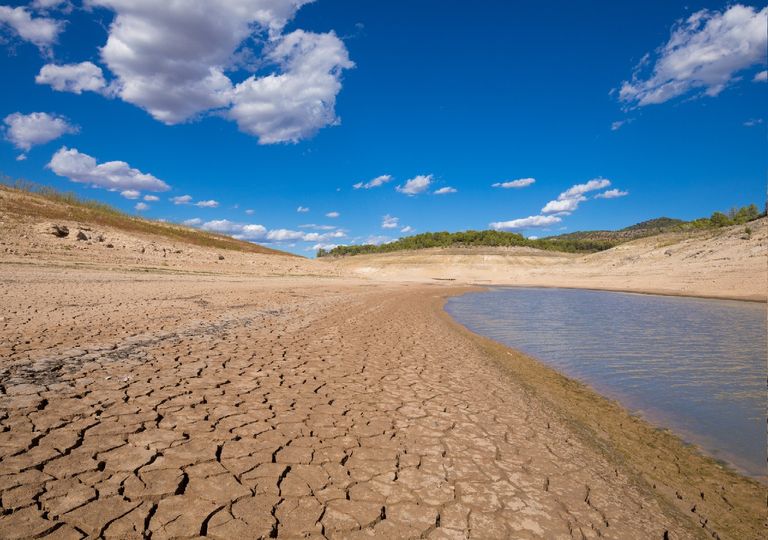 €24.5 million to be made available to agricultural producers for ‘precision irrigation’

Government ministers for the environment and agriculture made some late Friday announcements regarding water conservation.

With the country experiencing the worst drought ‘since records began’ headlines emanating concentrated on ‘restrictions to Algarve tourist complexes’ – but the small print slightly belies this interpretation.

The small print talks about “a meeting with the Portuguese Environment Agency and a series of touristic developments in the Algarve, in which limitation on the use of water, namely for green spaces and golf courses was negotiated”.

The reality, the Portuguese Golf Federation has already minutely laid out, is that golf courses are last in line when it comes to water usage – thus what kind of negotiations really went on is unclear.

Today, in tabloid Correio da Manhã, Faro mayor Rogério Bacalhau points out that domestic consumption is in fact only 20% of the region’s water output. The rest goes to the agricultural sector, in which water wastage is legendary.

Mr Bacalhau stressed the importance of incentivizing producers to minimise wastage – hence the funding offered by the Ministry of Agriculture, to which farmers and producers are encouraged to apply.

In other words, headlines last night were a tad expedient. The measures announced yesterday had very little to do with limiting water to tourists in the Algarve.

There were in fact 78 measures announced, including works to connect dams and reservoirs in Trás-os-Montes and ‘reactivate’ a water capture facility in the district.

Environment minister Duarte Cordeiro stressed that 31 dams for ‘multiple uses’ (including hydro power) were in critical situations regarding water capacity, some having less than 5%. As a result, the electricity generated by hydropower this year has fallen massively (last year it represented 32.4% of energy consumed, this year only 10.6% all because dams are so low that production has had to be severely limited).

On the agricultural front, minister Maria de Céu Antunes stressed that by the end of this month around €30 million will finally be channelled into “improving hydric efficiency in the Mira irrigation system (which for decades has been allowing precious fresh water to cascade into the sea). The money will be going on an ‘elevatory station and rehabilitation of the main channel which includes the placing of photovoltaic panels to avoid evapotranspiration and allows the system to be sustainable”, she said.

Referring to the links being made between dams, she added that studies are underway in Loures, and Alvor (Algarve)  to irrigate with waste water. There are also projects trying to produce rice with ‘gota-a-gota’ (micro-drip) irrigation which reduces water usage by 50%.

Treated waste water may end up being used in other ways, the minister added – including for firefighting.

The afternoon’s announcement concluded with the launching of a new public awareness campaign, encouraging everyone to ‘save water’.

The message emerging was that leaving a tap running for a minute uses 12 litres of water. Multiply that by 10 million people (the population of Portugal) and you have 120 million litres, which is enough for the basic daily needs of a million people.