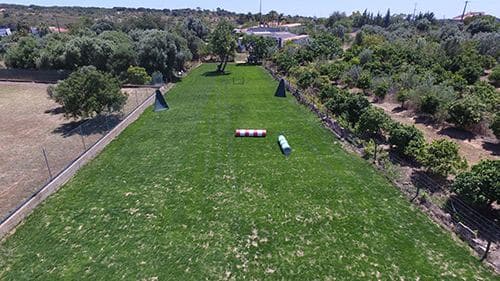 Spanish golfer Seve Ballesteros, the designer of the Quinta do Vale golf course near Castro Marim, died at his home in Pedreña in Spain on May 7.

In an official statement from representatives of Seve Ballesteros, it was confirmed that the internationally renowned golfer had passed away peacefully surrounded by

The statement continued: “The Ballesteros family is very grateful for all the support and gestures of love that have been received since Seve was diagnosed with a brain tumour on October 5 2008 at Madrid Hospital la Paz.  The family asks for respect and privacy at such a painful time.”

The funeral of 54 year old Seve Ballesteros took place on Wednesday in the village of Pedreña followed by a private cremation.

To mark the death of the famous golfer, there was a minute’s silence during the third round of the Spanish Open in Barcelona followed by a minute of applause while all the players in the field wore black ribbons as a tribute to the Spanish golfer.

South African golfer Thomas Aiken went on to win the Spanish Open by two shots and dedicated his win to Seve Ballesteros who won the same competition in 1995.

He said: “I defiantly want to dedicate this win to him with it being his home Open and what he gave to his home fans and to golf.”

Miguel Franco de Sousa from the Portuguese Golf Federation (FPG) told Lusa: “The death of Severiano Ballesteros is a huge loss for the world of golf and for Spanish golf in particular.  We wish to express our sympathy to his family.”

A spokesman from Quinta do Vale golf course confirmed that there were plans to mark the death of Seve Ballesteros with details to be revealed at a later date.