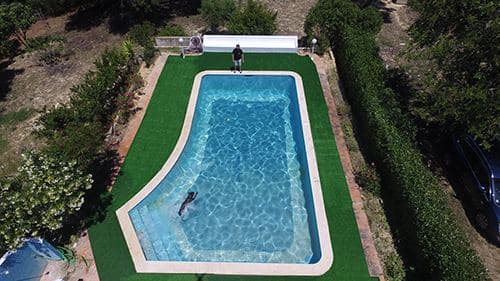 Rotary Club Estoi Palace International is holding a charity golf day on August 27 at the Quinta do Vale course, designed by the late Severiano Ballesteros (read below), to raise funds for the Rotary International ‘End Polio Now’ campaign.

Since 1988, Rotary International, with its partners in the Global Polio Eradication Initiative (GPEI), the World Health Organisation, UNICEF, and the US Centres for Disease Control and Prevention, has worked towards polio’s worldwide eradication.

Rotary began arranging immunisation of children against polio in 1985 and became a spearheading partner in the GPEI three years later.

Since the beginning of the initiative, the world has seen polio cases fall by 99%, preventing five million instances of child paralysis and 250,000 deaths.

When Rotary began its eradication work, polio infected more than 350,000 children annually while in 2009 fewer than 1,700 cases were reported worldwide.

Rotary is committed to eliminating polio but the cases represented by the final 1% are the most difficult and expensive to prevent with challenges including geographic isolation, armed conflict and cultural barriers.

Rotary Club Estoi Palace International is already rising to the challenge with members having individually contributed to End Polio Now and the members are now looking to the local community and others to help in this programme.

The golf event will be an 18 hole Stableford competition and costs €50 per person to take part including lunch and a polo shirt. Groups of four will tee off with a shotgun start from 9am with teams being made up on the day for individual golfers wanting to take part.

Following the play, there will be a lunch and prize presentation including a winner’s trophy sponsored by Imperius Asset Management with further sponsorship being provided by businesses including Premier FX, Vila Gale Hotels, Wellness Longevity and Pestana Vila Sol.

For further information about the event and the ‘End Polio Now’ campaign, please visit www.rotaryestoipalace.org or call Barry Dawson on 281 952 525.