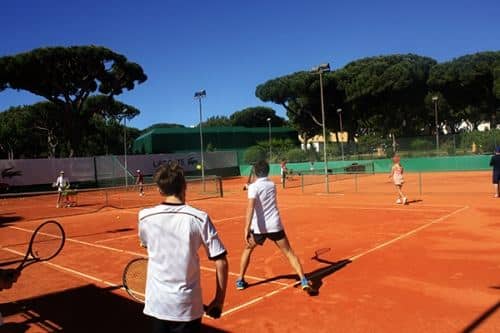 Martin Kaymer is relishing a return to the upcoming sixth consecutive year of the Portugal Masters at Oceanico Victoria Golf Course in Vilamoura from October 11 to 14.

The former World Number One first alerted the golfing world to his superstar potential near the end of his rookie season on The European Tour five years ago, when he arrived in the Algarve and proceeded to obliterate the Victoria course record in the first round of the 2007 Portugal Masters with an 11 under par 61.

Although he didn’t win the Portugal Masters in 2007, when England’s Steve Webster grabbed the glory, Kaymer displayed enough of his colossal talent to hint at a big future ahead of him. And the 27-year-old German can’t wait to get back to a venue and a tournament close to his heart.

He insisted: “I’m really looking forward to playing in Portugal again this year. I think it is one of the best golf courses we play all year and I always look forward to going back. It has a good prize fund, a good field and is a very important part of my schedule.

“We can stay in the hotel on site and the course itself is excellent. I’ve finished seventh and eighth in the past and it’s good to know that I still have the course record at 11 under par from five years ago.”

Although he has yet to win in 2012, Kaymer qualified for another Ryder Cup appearance in Chicago later this month, before he returns to Europe to try to recapture the Alfred Dunhill Links Championship and collect a first success in the Portugal Masters the following week.

Former Open Champion, Darren Clarke, will step up his bid for a first professional victory on Portuguese soil when he too competes in the sixth edition of the Portugal Masters next month.

The 44-year-old Northern Irishman has collected 14 European Tour titles over 20 seasons at the top, including The 140th Open Championship at Royal St. George’s last year, which surpassed even the impressive achievements of capturing a pair of World Golf Championships in the United States in 2000 and 2003.

Clarke, who has won close to €20 million in official earnings during a glittering career, had experienced some close calls in The Open Championship since making his debut as an amateur in 1990, but finally struck gold in wet and windy Kent last July by landing the biggest title of his career in glorious style.

That hugely popular success, at the age of 42, secured Clarke’s place in Northern Irish folklore and earned him appreciation from The European Tour in the form of Honorary Life Membership and the Professional Golfers Association’s annual Recognition Award in 2011.

The five-time Ryder Cup player, who has played in four of the previous five editions of the Portugal Masters, said: “I’ve always enjoyed playing in the Portugal Masters. You are always guaranteed a very hospitable welcome and the climate and food are outstanding.

“I’ve won titles in a number of countries, including a couple in Spain ‘next door’, so it would be nice to win in a different country and over a golf course I’ve enjoyed playing in the past,” he concluded.

Advance tickets to the 2012 Portugal Masters are now available, with substantial savings on the gate prices.

Be sure to pick up a copy of next week’s Algarve Resident for an exclusive chance of winning a VIP ticket to the 2012 Portugal Masters!