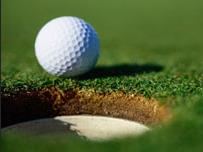 ONLY SEVEN of the 29 golf courses in the Algarve are using, or partly using, recycled water from their own water treatment plants to water their fairways and greens.

The revelation comes from a study for the Algarve University by hydrologist José Paulo Monteiro.

However, the study says that the golf industry is not representing any more of a risk to the region’s water reserves than other consumers, as it only uses 3.1 per cent of the water available in the region.

The largest consumer, according to the study, remains the agricultural sector which uses 72 per cent of the region’s water, mainly for the citrus industry. This production, introduced only 30 years ago, represents the largest irrigated farming sector in the region, with about 20,000 hectares of planted trees.

Public consumption represents 21.9 per cent of the total water used while industry takes 2.8 per cent. The amount of water lost by the public system due to ruptures of the pipes is not mentioned by the study.

The study, which was published for the first time in 2006 and involved Águas do Algarve, the regional water supplier, says the golf sector could improve its water management techniques.

The golf industry represents a total of 10 million cubic metres of water consumption annually. And, the report says that restructuring the water supply system would, in the long term, bring financial benefits for the companies operating in this sector. Other benefits, it adds, would also be efficient energy saving, improved water quality and a more sustainable environment.

The number of golf courses in the Algarve is expected to rise from the present 29 to 41 by 2020, according to another study prepared by professor Manuel Victor Martins of Algarve University, which was published in 2007. Although the water aspect is also mentioned in this document, it is not underlined as a constraining factor for the region’s sustainability.

Although golf represents one of the biggest investment opportunities in the Algarve’s tourism sector, the study emphasises that the courses’ design, inspired by the high competition models, in most of the cases might discourage the average golf tourist.

Accessibility and transportation are also pointed out as weak points of this growing market.

The Algarve region, and Portugal in general, are ranked among the eight leading golf destinations in Europe, the report concludes.