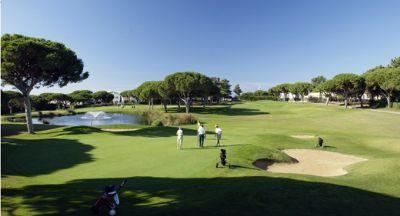 Three masked men, one armed with a gun, robbed the reception area of the Oceânico Pinhal golf course in Vilamoura on Monday morning.

In a statement, Oceânico said: “There was no material damage resulting from the robbery, which took place around 9am. Only some money was taken from the cash register.

“It was a small amount of money because the majority of our transactions for payment to access the golf course are carried out electronically.”

A spokesman for Oceânico told the Algarve Resident: “There were two receptionists present at the time of the robbery. All of our installations have security guards from a private company, which we are going to maintain.”

The spokesman added that the event will not alter Oceânico’s security measures.

No clients of Oceânico were affected by the robbery, which was the first to have taken place within the Oceânico group.

Vilamoura GNR was immediately contacted after the event.

A GNR spokesman told the Algarve Resident that the Polícia Judiciária are now investigating the case because a firearm was involved.