Portugal Resident
Home Portugal News Golden Visa trial finds almost everyone not guilty – and no one... 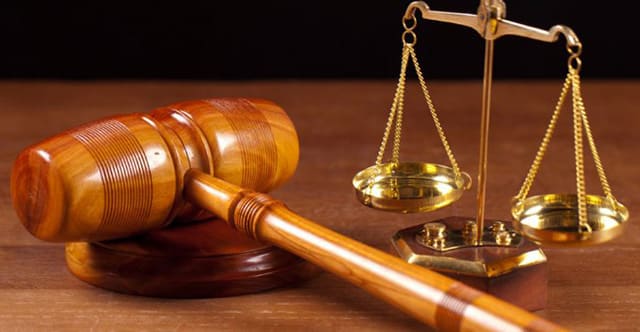 After all the column inches, the outcries and the allegations, a panel of judges in Lisbon has ruled that almost no-one is ‘guilty as cited’ in the Golden Visa investigation, and even those that are won’t be going to jail.

For former minister for the interior Miguel Macedo – forced to resign as a result of the furore – the ruling is the “answer to all the villainy” heaped upon him over the last four years.

For readers of stories breaking in the national press, “justice produces innocents”.

Indeed, judges were at pains to explain they had come to their conclusions without any arm twisting whatsoever.

Francisco Henriques, leader of the bench, said “this decision is the conviction and the truth of this court” which “suffered no pressures from anyone.

“This is the free and conscious will of this court”, he reiterated, stressing the cradle of justice “did not run any favours for anyone”.

Thus from top to bottom, the 21 ‘arguidos’ will be looking at 2019 with hope, the torment of the last four years behind them.

Macedo, Jarmela Palos (former SEF director) and businessman Jaime Gomes – three of the most high profile defendants – have been absolved of all charges, while António Figueiredo – the former head of the notary’s office and alleged mastermind of a web of corruption within the bosom of the State – saw most of the crimes levelled against him thrown-out.

Figueiredo has spent over a year in preventive custody as a result of this convoluted investigation, plus further months under house arrest.

He was ultimately found guilty of a certain degree of corruption, of using and abusing work colleagues and ‘theft’ in that he used State property for his own use. But the four year seven month sentence handed down to him has been suspended.

Guilty of ‘interfering’ too is former secretary-general of the Ministry of Justice Maria Antónia Anes, who faced charges of active and passive corruption and the trafficking of influences. But Anes too has been given a suspended jail term for her part in the manipulation of processes that determined the awarding of golden visa residencies.

Walking away simply with fines are a number of Chinese business people implicated – and elsewhere Angolan businessman Eliseu Bumba was completely exonerated, as was Paulo Lalanda e Costa – the former head of Octapharma who also came to be implicated in other corruption investigations here.

This ‘scandal’ centred on the alleged ‘trafficking’ of golden visas (click here). The Public Ministry’s view was that visas were being sold for financial gain, rather than being attributed correctly.

But the case got sidetracked down all kinds of seemingly murky secondary routes – none of which were ‘proved’ to judges’ satisfaction.

How today’s verdicts will affect public ministry investigators who spent tortuous months on all the paperwork and cross-referencing is not explained (see update below).

Says Observador, the public ministry had hoped Miguel Macedo, António Figueiredo, and Jaime Gomes would all receive jail terms, albeit likely to be suspended.

According to Correio da Manhã, the public ministry “will be appealing the majority of sentences to Lisbon’s Court of Appeal, particularly those that relate to Miguel Macedo”.

CM’s article highlighted the statements by judge Francisco Henriques, stressing that he “said several times, referring to Miguel Macedo, that courts do not serve to judge honesty or ethics”.

Henriques “criticised some of the former minister’s behaviour but considered that none of it configured the crimes that were being levelled against him by the Public Ministry”.