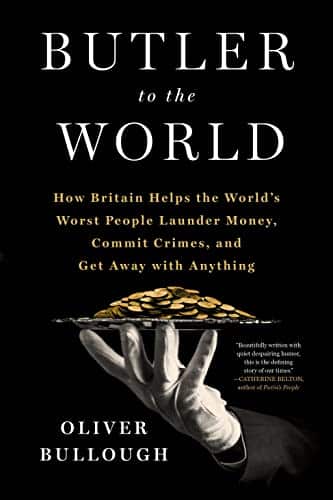 British journo tells Lusa “it is very difficult to justify…”

British journalist Oliver Bullough has said that the ‘golden’ residence permits for foreigners system in Portugal no longer make sense after the financial crisis in the country is over, because it can attract people who want to hide money or evade taxes.

“I can understand [the ‘golden’ permit scheme] in the circumstances in which Portugal introduced the policy, after the financial crisis,” but not “why it continues now that [the country] no longer needs” to attract foreign investment in this way, Bullough told Agência Lusa during a presentation on Monday in London of his latest book “Butler to the World”.

“Maybe it can be excused during a crisis, but in normal times it’s very difficult to justify. Who is the kind of person who is going to buy a residence permit? We know, because we can see who they are. People who have good business ideas can get residence permits in other ways,” the British journalist argued.

The Investment Residence Permit (ARI) programme was launched, in October 2012, during the sovereign debt crisis.

According to the immigration and borders service, SEF, in nine years almost 6.2 billion euros have been collected through this instrument, most of it corresponding to the purchase of real estate.

After living in Russia for several years, Bullough has published several books on financial crime, money laundering and tax evasion, including “Moneyland” in 2018 and now “Butler to the World”.

In his work, he exposes various loopholes in the UK legislative and financial systems that allow tycoons and criminals to move money and buy assets in the UK.

“A classic example is the sale of ‘golden residence permits’ to wealthy foreigners wishing to move to the UK,” similar to countries such as Portugal, Greece or Italy, he writes.

Bullough cites a study by the UK Migration Advisory Commission, which examined the scheme in 2014 and concluded that “while it was hugely beneficial to its applicants, it hardly benefited the UK as a whole, while increasing inequality and therefore social problems”.

The scheme was only suspended in February, when it became clear that over years it had been used by hundreds of Russian oligarchs and family members, who bought mansions, donated to cultural institutions or opened companies.

Many of them are now subject to sanctions in the wake of Russia’s invasion of Ukraine for being associated with the regime of Russian President Vladimir Putin.

Bullough believes that the impact of ‘golden residence permits’ on the British economy is questionable.

“Applicants do not come to the UK to start businesses and create wealth, they come to avoid tax and scrutiny,” he says in the book.

Recalling that “some Russian or Belarusian citizens who are subject to sanctions or who significantly support the war in Ukraine may have acquired European citizenship or privileged access to the EU” under these schemes, Brussels asks European countries to address “the immediate risks” by withdrawing any concessions to these oligarchs.

The Portuguese government has assured that no Russian citizen with a ‘golden residence permit’ in Portugal is on the list of those subject to EU sanctions.

It also follows numerous calls in this country that Golden Visas are a fast-track option for international criminals and tax-dodgers.