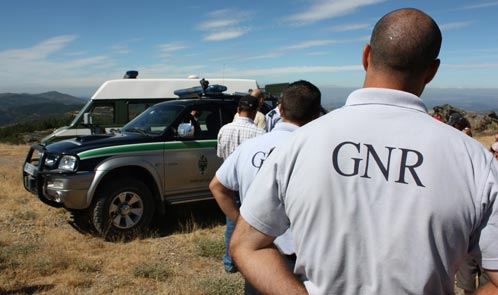 New moves to save the country from a repeat of last year’s devastating forest fires mean that GNR officers will start fining property owners who leave their land at risk of fire.
Announcing the new legislation, Minister of Internal Affairs Miguel Macedo said it was designed to protect firemen – eight of whom lost their lives last year due to uncontrollable blazes throughout the country that overwhelmed civil protection services.
“There can be no complacency,” Macedo stressed, adding that the GNR will be able to start fining property owners from this summer.
Elsewhere, the government is ploughing €85 million into the service, investing in new equipment and training programmes. The latter follows a hard-hitting report, commissioned by the government after last summer’s tragedies, which found that firemen had “neglected” the right way to act in seven out of the eight cases where crew members lost their lives, and had “forgotten” the 10 golden rules of safety that they are made to “repeat so often”. Investigator Xavier Viegas also found that many firemen simply had sub-standard equipment. This even involved boots with no grip to the soles, so firemen were hampered when trying to rapidly climb banks or ditches.
“We’re concentrating on training and practice,” Macedo revealed. “At least 2,600 SIRESP radios will be brought into the service and we’re going to ensure that by this year two-thirds of firemen will have the right kind of individual protection.”
Throughout the dry season (May to October) eight amphibious planes and five “heavy” helicopters will be on standby, with ‘initial attack’ small helicopters being reinforced as the season progresses.
During the “Charlie” phase of the campaign, from July 1 to September 30, small helicopters will increase to 36, while in the final month of October (Delta phase), they are to be scaled back to 11.
With regard to owners keeping land clear of inflammable material, areas near buildings have to be particularly well cleared. Fines range from €140 to €5,000 for individual property owners and from €800 to €60,000 for collective ownership.