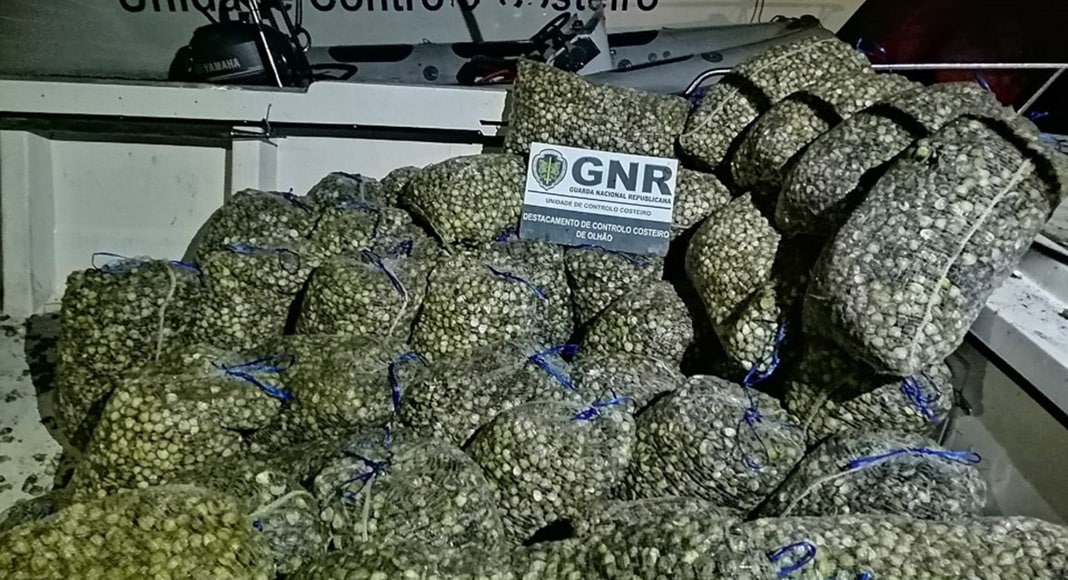 Around nine tonnes of cockles (‘berbigão’) picked illegally were seized by the GNR’s coastal control unit in the Ria Formosa estuary near Olhão last Friday (September 17).

Caught red-handed, the two men, aged 19 and 32, were identified and handed notices (autos de contraordenação), the GNR said in a statement to the press.

The cockles were seized after the men were spotted picking them outside of legal hours (which are between sunrise and sunset) during a routine surveillance operation.

The bivalves were also considered too small to be sold and the men lacked the necessary licences to harvest shellfish in that area, said the GNR who returned the cockles to their “natural habitat”.

“Maritime resources should be explored in a way that guarantees the long-term environmental, economic and social sustainability of fisheries based on available scientific data, while also ensuring the income of fishermen,” said the GNR.

Cockles are a popular delicacy in the Algarve. Before the pandemic, the village of Figueira in Portimão would host its Cockle Festival every September, often serving over one tonne of cockles.

One of the most popular ways of cooking cockles is by steaming them in a little olive oil, garlic, parsley or coriander. They are also used in rice dishes or rissóis (fried filled patties).