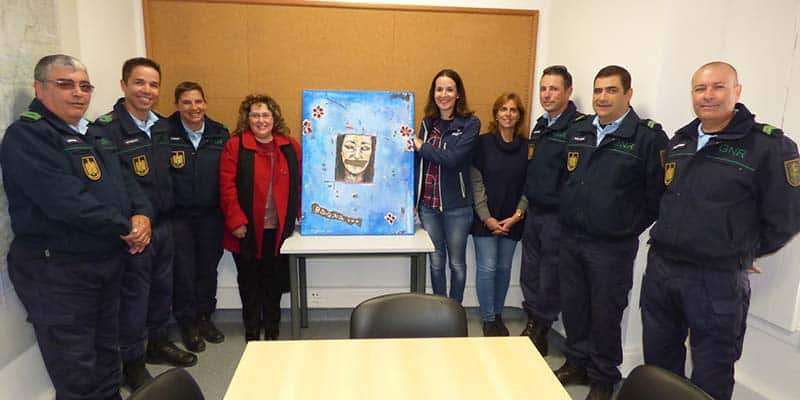 A poignant painting representing the commitment to end violence against women was donated by Lagoa council to the GNR to mark International Day for the Elimination of Violence Against Women.

The painting, which depicts a woman in distress with her mouth covered with tape and includes a short message underneath reading ‘Basta’ (Enough), was made by students attending the local art school, Escola de Artes de Lagoa, under the direction of artist Patico.

Created by the United Nations’ General Assembly, the International Day for the Elimination of Violence Against Women aims to raise awareness of the violence that women are subjected to around the world, as well as highlight how much of it is often hidden.

Domestic violence against women is acknowledged as a serious issue in Portugal. Since the start of the year, 24 women have been murdered in Portugal. In 67% of these cases, the women had an intimate relationship with the murderer.