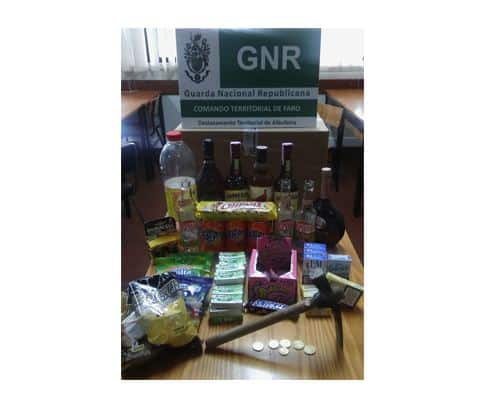 This week was a busy one for Albufeira’s GNR police who arrested nine people for thefts in just five days.

The latest arrests happened in the early hours of Thursday morning (January 14) when police rounded up four people aged between 16 and 20 alleged to have stolen from a local minimarket. Police believe they also stole from stores in Branqueira and Algoz.

The day before, the GNR had arrested two men in Galé, one of whom had allegedly stolen a watch from a house and another believed to have taken “non-precious” metals from an abandoned condominium.

On Sunday three people were caught red-handed thieving from a store near Praia Maria Luísa. They fled the scene but were caught later by police.