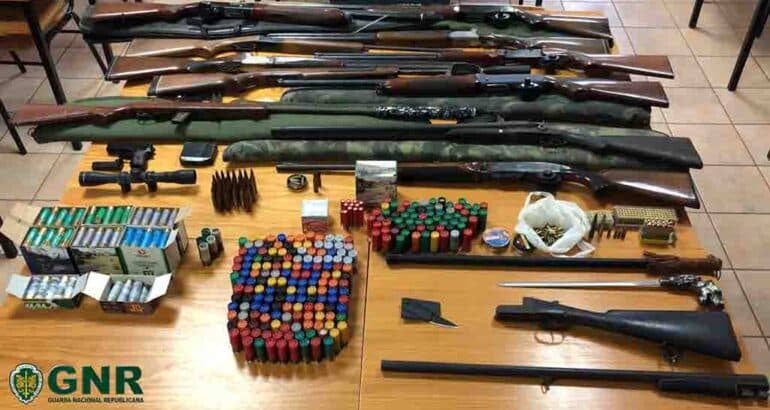 GNR police called to a house in Silves yesterday discovered an extraordinary arsenal of weaponry. The call-out followed investigation by NIAVE (the Nucleus of Investigation and Support for Specific Victims) focused on a 44-year-old man accused of domestic violence. According to reports, the man’s partner has suffered domestic violence and death threats for 20 years. The man is due to appear before magistrates in Portimão today. Meantime the list of weapons in his possession has been itemised: 8 x 12-gauge shotguns, 2 x rifles, 1x 9mm shotgun, an airgun, an air pistol, two silencers, a telescopic sight, a cardsharp knife (a knife hidden in a card casing), a walking stick with a blade inside it, 723 bullets of various calibres and 390 lead pellets

Two burn to death in disastrous ‘burning of old vines’

80% vaccinated of Algarve population has been vaccinated

Budget criticised for “letting Algarve down”