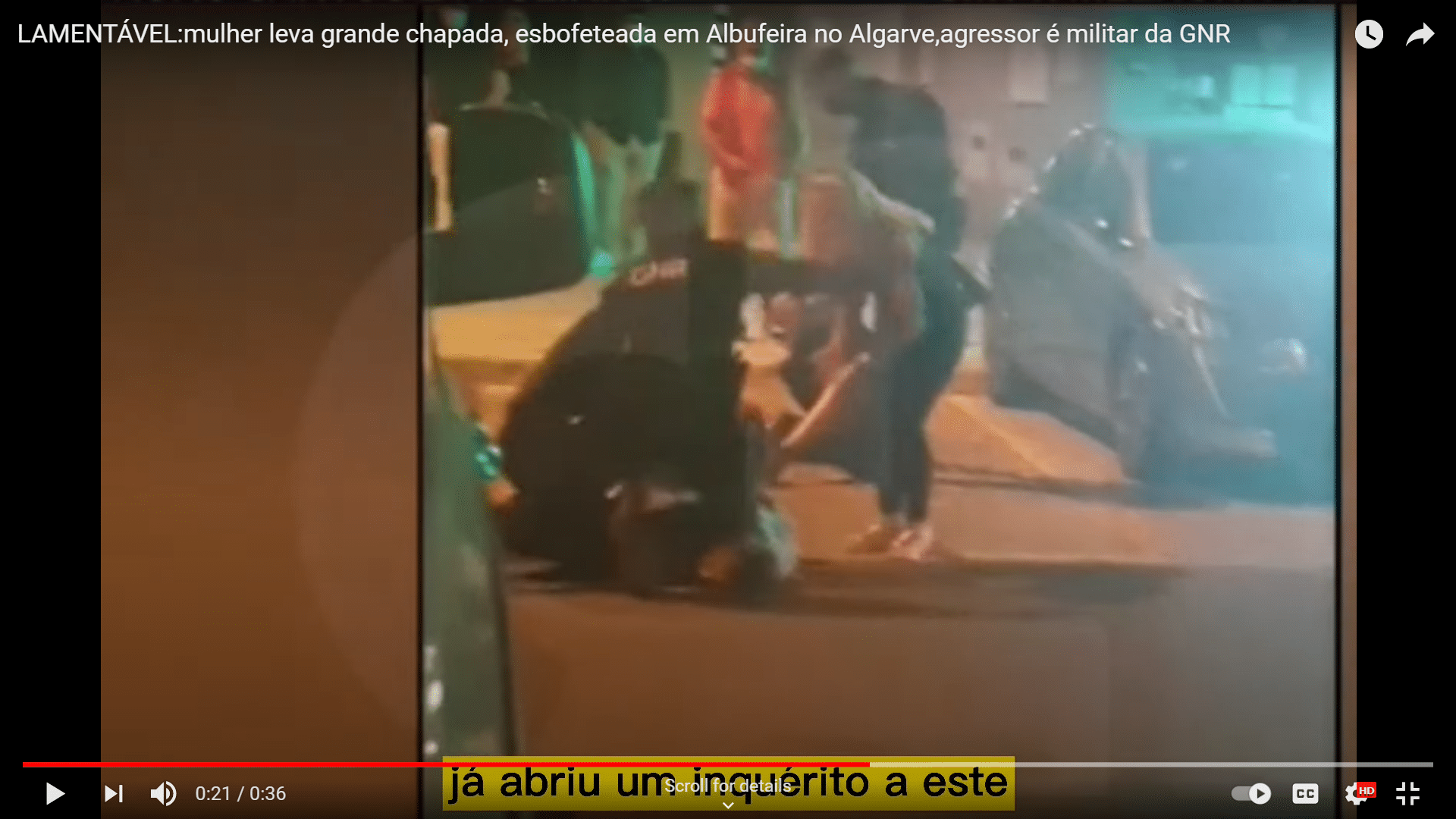 A cellphone recording of GNR agents using allegedly excessive violence against members of the public in Albufeira in the early hours of Saturday morning is being studied by the force’s ‘general command’.

This is not the first time this summer that reports of alleged police violence in Albufeira have surfaced.

Last month an Italian holiday maker contacted the Resident claiming to have witnessed an incident which he believed “could put anyone off choosing to holiday in Albufeira”.

At the time, the Resident addressed its inquiries to the GNR press office and received very little response. There was no corroboration even of the incident having taken place.

The Italian accepted that no-one had filmed the episode.

This time round however someone did make a film. Albeit only 13 seconds long, it has since been splashed over the nation’s best-read tabloid.

Correio da Manhã features three fuzzy stills in its paper edition today showing “the moment when the woman was hit by the policeman”, “the immobilisation with knee to neck” and “the GNR intervening”.

The agents can be seen around two figures on the ground – one clearly a young man, seated with his hands behind his back.

A little distance away is another man whom one of the policemen is apparently trying to handcuff. The man is “offering resistance”, says CM.

“The agent responsible for the operation resorts to a technique of immobilisation which consists of placing a knee on the neck, similar to that which led to the death of north American George Floyd in May 2020″, the paper continues.

“In spite of the short duration, the video registers the intervention of a woman in defence of the man on whose neck the agent has placed his knee. The civilian ends up being the target of a strong slap and appears to lose her balance…” (click here).

Contacted by Correio da Manhã, the GNR’s general command confirmed that the situation occurred “with a team that is reinforcing the patrolling within the Faro command”.

Agents had “verified” that the young people were ‘jumping on top of vehicles, causing damage to one of them’, said a source.

The youngsters did not heed the orders of the police, for which reason “it was necessary to use force to restore order”.

The incident is already the subject of a police complaint to be heard by a court, added the source. The inquiry into the policemen’s actions is simply to “confirm the facts and circumstances which led to such acts”.